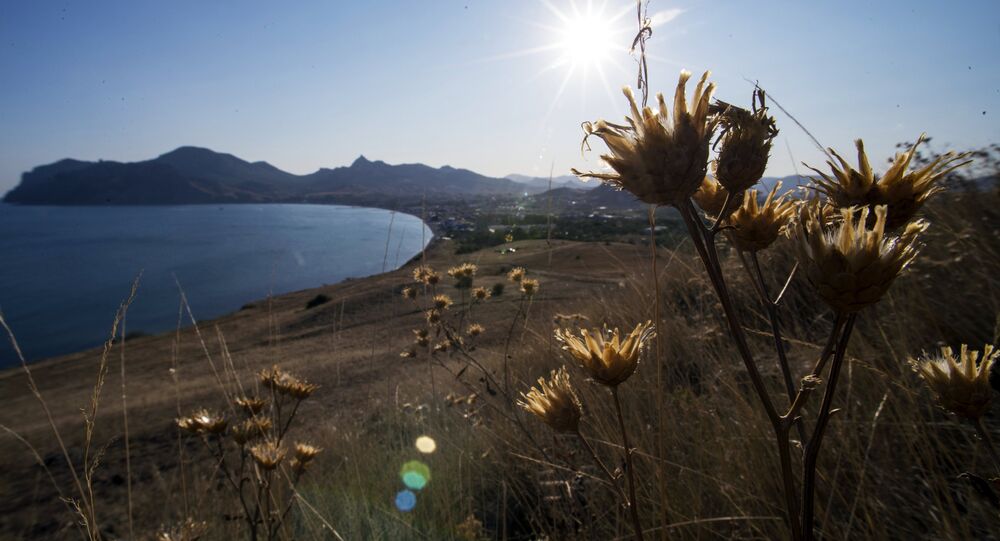 Russia Will Use Contractors to Conduct Geological Survey of Crimean Coast

Russia's Ministry of Natural Resources and Environment prepared a bill which will establish the ground rules for contractors bidding to conduct geological surveys off the coast of Crimea, Minister Sergei Donskoi said Thursday.

© AFP 2021 / THOMAS SAMSON
Mike Tyson Plans to Visit Crimea in November
VLADIVOSTOK (Sputnik) — Russia's Ministry of Natural Resources and Environment has prepared a bill on the rules of carrying out tenders for geological surveys off the coast of Crimea, Minister Sergei Donskoi said Thursday.

"Legislative features for geological surveys on the Crimean shelf, in Crimea itself, are being established. A bill that solves the problem of a sole auction participant has been prepared," Donskoi said at the Eastern Economic Forum (EEF).

According to the Natural Resources Ministry, tenders will be declared valid even with a single bidder.

Crimea and Sevastopol, which has a special status within the region, became subjects of the Russian Federation on March 21, 2014, after the Russian president signed the reunification documents into law.

© Fotolia / Puchikumo / Klara S
Oops! Latvia Just Recognized Crimea as Part of Russia?
The decision came after more than 96 percent of Crimea voters backed the motion to secede from Ukraine and rejoin Russia in a referendum held in March, refusing to recognize the legitimacy of the new authorities in Kiev following the outcome of what many considered a coup.

The first EEF is being held on September 3-5 in the Russian city of Vladivostok, located on the Pacific Ocean, as a platform for dialogue between international investors, the Russian government and countries of the Asia-Pacific Region.

Renowned Jazzman Gets US State Dept Warning Against Visiting Crimea