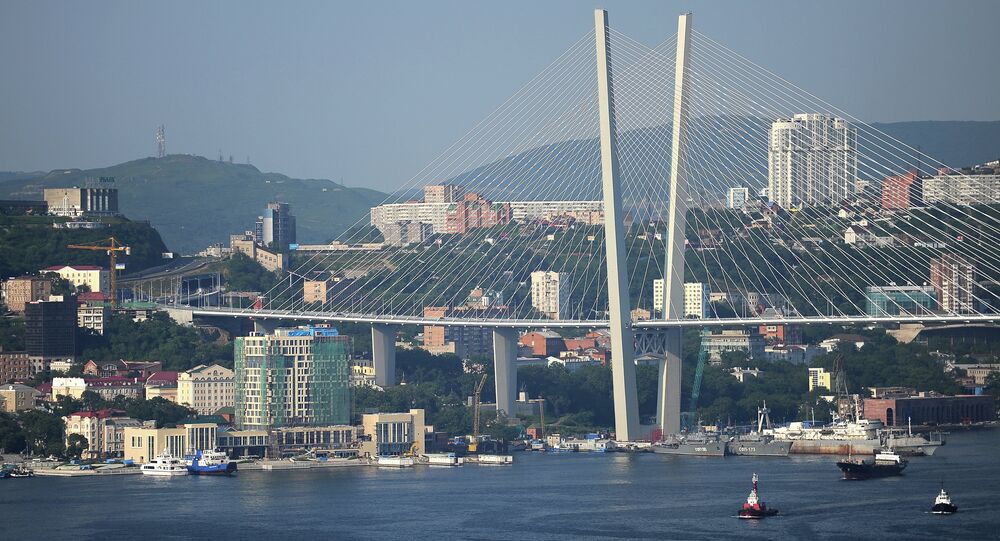 Thousands of business people and major investors from Russia and the Asia-Pacific region will be taking part in the Eastern Economic Forum to be held in Russia’s Far Eastern city of Vladivostok from September 3-5.

© Sputnik / Vitaliy Belousov
Putin to Focus on Far East Investment Prospects at Eastern Economic Forum
The EEF was established in May 2015 with the goal of speeding up the economic development of the Russian Far East and expanding mutually-rewarding cooperation in Asia and the Pacific.

Even though the Eastern Economic Forum is a relatively new phenomenon in Russia’s economic life, it has already generated a great deal of interest from local and foreign businessmen.

According to Alexander Galushka, Minister of Development of the Russian Far East, the EEF-2015 will bring together around 4,000 entrepreneurs and investors from 24 countries, including Russia.

The EEF will be held on September 3-5 in the Russian city of Vladivostok as a platform for dialogue between international investors, the Russian government and countries of the Asia-Pacific Region.

Over 200 investment projects valued at over 4.7 trillion rubles ($70.4 billion) will be presented at the forum.