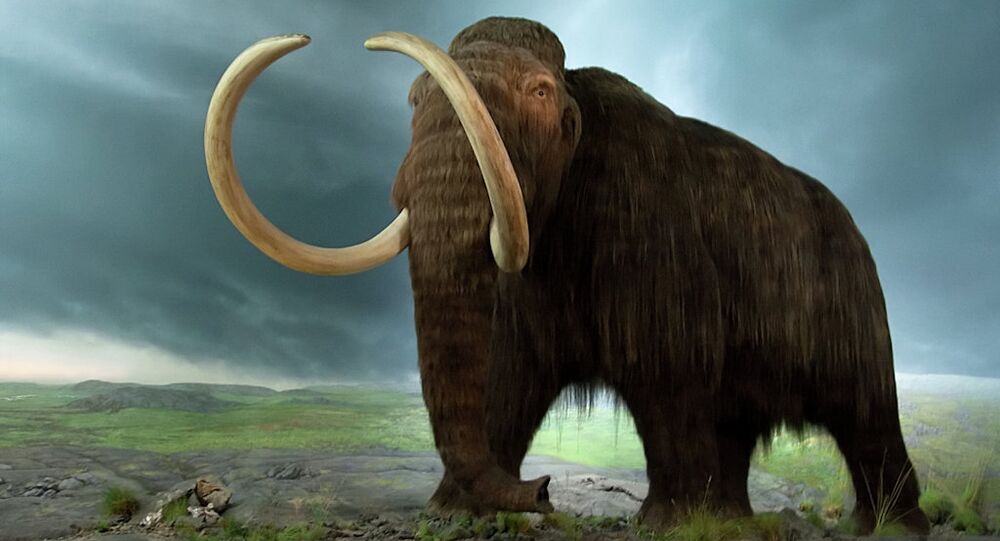 A team of biologists in Yakutsk, Siberia, are hard at work to extract high quality DNA and cells from the remains of long-extinct mammals, which would be used to clone animals that died thousands of years ago, in particular the wooly mammoth.

© AP Photo / Ivan Sekretarev
Mammoth Task: Cloning of Extinct Animals Could Be a Huge Ethical Problem
The international team of scientists from the Northeastern Federal University (Russia), the SOOAM Biotech Research Foundation (South Korea) and the Genomic Institute in Beijing (China) have yet to uncover the most critical element to cloning: actual living cells.

Finding some of these they would inscribe them with an animal’s genome.

That is why they are currently searching for the least damaged snippets of DNA, and most especially importantly nuclear DNA, to create a "working" genome.

Molecular biologists could then begin the arduous task of trying to culture germ cells from a wooly mammoth.

Once this is done, they would start replacing segments of elephant DNA with synthesized segments of wooly mammoth DNA until the cell's genome matches the working mammoth genome.

Scientists would then splice these living cells into an elephant embryo.

A female elephant would be implanted with the resulting embryo, eventually giving birth to a veritable wooly mammoth.

In March 2015 a team of US scientists announced a major step towards recreating the woolly mammoth after inserting 14 of the extinct animal’s genes into the live DNA of an elephant.

In their research the scientists analyzed  DNA from mammoths preserved in Arctic permafrost to find its structure, then used the results to reproduce exact copies of 14 mammoth genes. These were integrated into the elephant genome, where they functioned as normal DNA.

George Church, professor of genetics at Harvard University, used a new technique known as CRISP that allows scientists to make precision edits to DNA, replacing sections of elephant DNA with the mammoth genes.