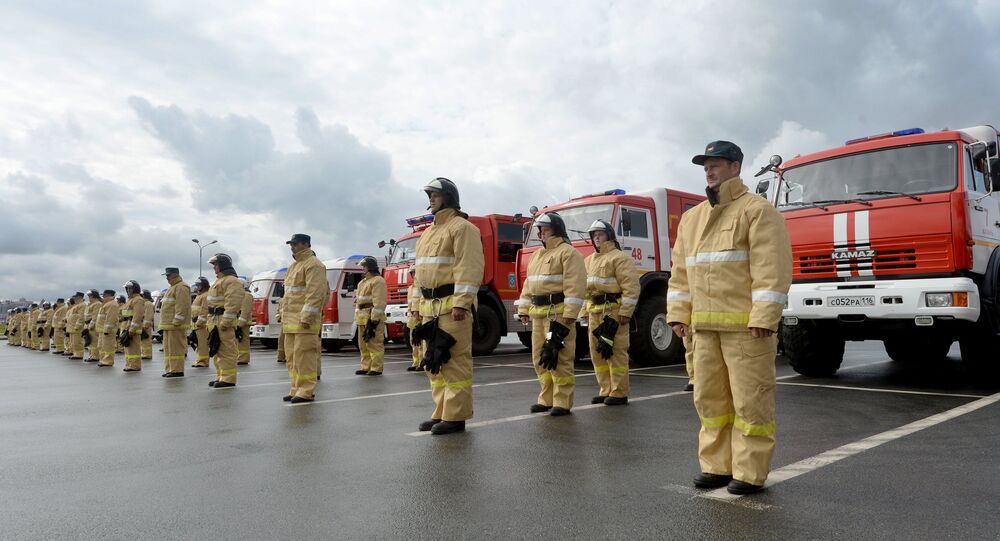 The Eastern Economic Forum is expected to become a platform for dialogue between international investors, businesses and experts, Russian officials, as well as representatives from countries of the Asia-Pacific Region.

“Fire and rescue units from the main EMERCOM department for the Primorsky Territory as well as Vladivostok rescue units will be responsible for the safety of the forum's participants. The [rescue] team… will consist of over 1,100 personnel and 156 units of equipment,” the ministry said.

© Photo : Wikipedia
Some 1,500 Foreigners to Attend Russia's Eastern Economic Forum
The emergency services will be on duty around the clock at all forum locations during the event.

The forum will be held on September 3-5 in the city of Vladivostok in Russia's Far East.

Over 200 investment projects, valued at over $7 billion, will be presented at the forum.

About 4,000 people, including 1,500 foreigners, have applied to participate in the Russian Eastern Economic Forum, according to the forum's organizing committee.