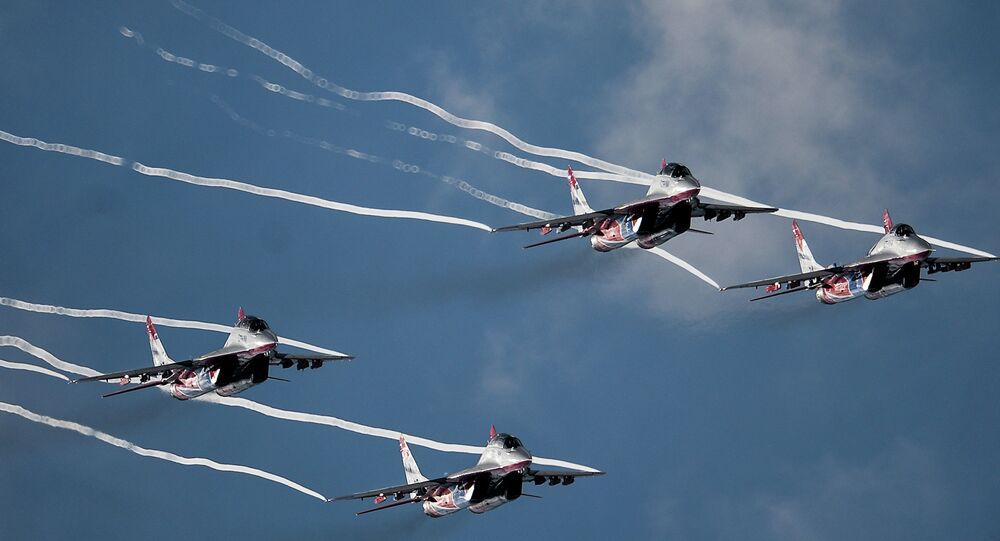 The MAKS-2015 International Air Show in the city of Zhukovsky in the Moscow Region enters its fifth day on August 29.

On Friday, the airshow opened its doors to all those who were eager to see the event's entertainment program, which featured, among other events, an aerobatics show by Russian pilots from the Strizhi (Swifts) aerobatic team.

The program also included the Yokohama Speed Festival which saw modern aircraft, helicopters and racing cars competing each other in acceleration and maneuverability.

More than 25,000 people reportedly visited the airshow on Friday to enjoy demonstration flights and the speed festival, which will continue throughout Saturday.

Taking part in today's festival will be a whole array of planes, such as the Yak-54 and the MiG-29. The helicopters will include the Mi-26T, the Robinson-66 and the Ansat. Watch today's show LIVE:

The MAKS airshow has been held since 1993 and is touted as one of the largest events of its kind in the world.

The main goal is to demonstrate Russia's high technologies and the country's domestic market openness for joint projects with foreign partners.

More than 150 foreign companies from 25 countries, including Austria, Belgium, Britain, France, Germany, Italy and Switzerland, are taking part in the MAKS-2015, which is due to wrap up on August 30.

Iran to Be Massively Represented at MAKS-2015 Air Show