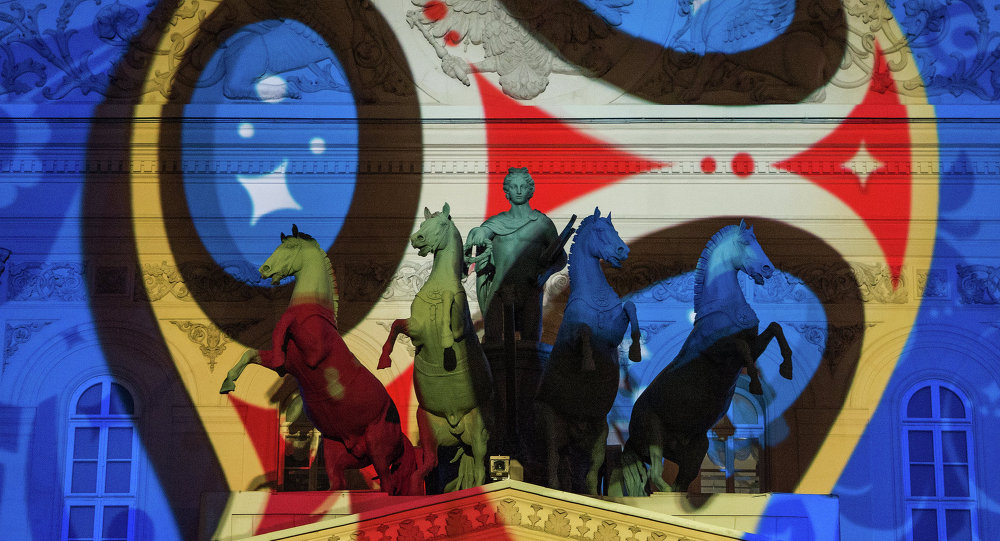 The training center at Roshchino will be a modern facility seating 500 spectators. Tentatively estimated at 400 million rubles, the design will be unveiled three or four months from now.

The Leningrad Region has presented a concept for a 400-million-ruble stadium at Roshchino, which will be built before 2018 as a training ground for one of the teams participating in the World Cup, the regional government's press service reports.

"The idea to build the training center at Roshchino has been supported by FIFA and the Russian Government. The design will be unveiled three or four months from now and the project will be financed on the 50:50 basis from the federal and the regional budgets. The preliminary cost estimate is 400 million rubles," the report says.

The stadium will be a modern facility seating up to 500 spectators. According to the FIFA requirements, a training stadium should have natural or artificial turf, administrative offices, utility rooms, a conference hall, and changing rooms.

© AP Photo / Keystone,Ennio Leanza
FIFA Rejects US Request to Question Blatter
"We are supposed to make a ‘green meadow' here, that is, a field with natural turf, because it's the most important thing for players. We also considered Gatchina and Tosno as locations for the stadium, but it is Roshchino that has everything necessary for a world-level stadium, above all, good logistics, so that players can easily reach World Cup games in St. Petersburg and elsewhere. It is also of no small importance that the construction of this facility will entail an overhaul of a nearby hotel, something that will improve tourist infrastructure and services. It will also help improve the town of Roshchino, making life more comfortable for its residents," Acting Leningrad Region Governor Alexander Drozdenko said.

After the World Cup, the sports center will be used as a training ground by the Tosno football club and other teams. This will promote grassroots sports.

Leningrad Region to Build Training Base for 2018 World Cup