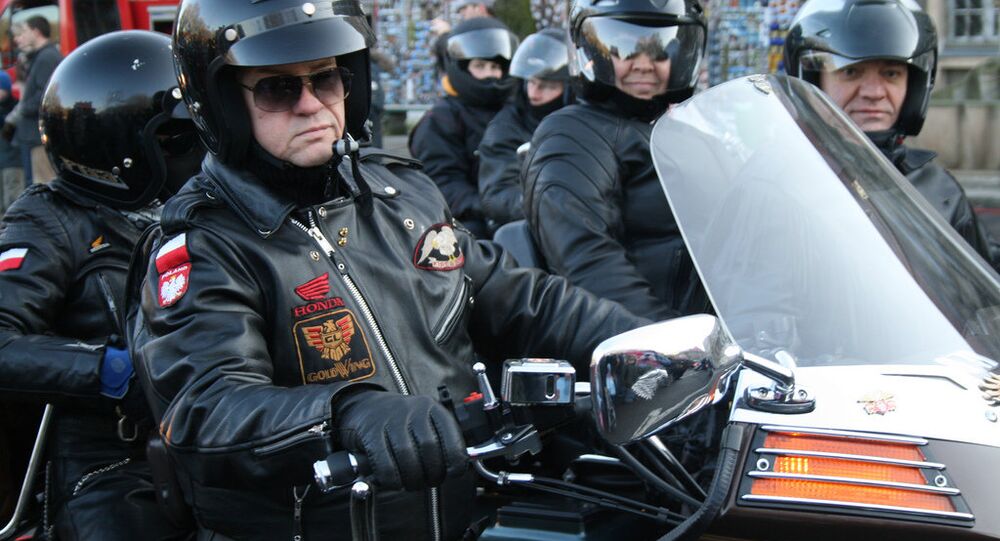 Polish bikers taking part in the Katyn Rally, an annual motocross taking place across large tracts of European Russia, have blazed through Moscow, and are now on route to the Siberian city of Tobolsk, beyond the Ural Mountains.

Last Saturday, a group of 75 bikers set off from the Tomb of the Unknown Soldier in Warsaw for the 15th edition of the rally. Over the course of three weeks, the participants of this year's rally will ride over 8,500 kilometers.

The event, first organized by biker Wiktor Wegrzyn in 2001, is now in its 15th year, and is aimed at commemorating the Polish officers killed by Soviet security forces during the Second World War, to retrace key moments from Polish history, to make contact with Poles living across Russia's wide expanses, and to promote international ties and understanding. 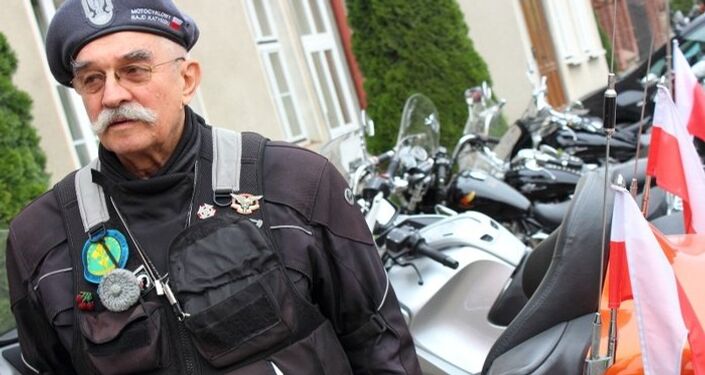 © Photo : opolczykpl.wordpress.com
Wiktor Wegrzyn, commander of the Katyn Rally
The event's route is a little different every time, but always starts out in front of the Tomb of the Unknown Soldier in Warsaw, and includes locations associated with the Katyn crime, including the cities of Kharkov, Miednoje and Katyn itself. It also includes a stop at the Smolensk airport, to pay tribute to the Polish officials, including the president, who were killed in air crash there in 2010.

This year, the bikers are moving east out of Moscow up to Nizny Novgorod, Kazan, Ufa, and Chelyabinsk. On their way back, the bikers will take a northern route back home, riding through Ekaterinburg, Perm, and Tver, before moving on down through the Baltic states back to Poland.

In Moscow, the bikers met with the Polish ambassador, visited the graves of WWII Polish underground commander Leopold Okulicki and Polish underground political figure Stanislaw Jasiukowicz, buried at the Donskoy Cemetery, and laid flowers at the graves of the "friends of Poland," Russian bard singer Vladimir Vysotsky and poet and singer Bulat Okudzhava.

Commenting on his trip thus far, Wegrzyn told Sputnik that he and his bikers were "very warmly welcomed. Yesterday, we got caught on a highway in heavy traffic. All of us were waving, [bystanders] were taking pictures. They really treated us with great kindness."

The biker noted that "the local authorities and the police were also very kind to us. I'm just delighted. Along our way, we've met with some Russian bikers from various clubs. They have been very welcoming. Somewhere on our route we will certainly be seeing the Night Wolves."

© AFP 2021 / BARTOSZ SIEDLIK
Polish Bikers Resolve to Ensure Safe Passage for Russia's Night Wolves
Earlier this year, Wegrzyn and hundreds of other Polish bikers protested Polish officials for placing an entry ban on the Night Wolves, a Russian motorcycle club which planned to stage a commemorative motocross from Moscow to Berlin in honor of the 70th anniversary of victory in the Great Patriotic War. Some of the bikers still managed to get through, but they had to drive around Poland to make it to their destination.

First resolving to accompany the bikers through Poland, Wegrzyn and his bikers then wrote letters to senior Polish officials. Finally, when the Polish government made clear that they would stand firm in their decision, the Poles vowed to retrace the Russian bikers' route through Poland, visiting cemeteries and war memorials along the route, laying flowers and lighting candles.

Wegrzyn noted that "Russian and Polish bikers understand each other very well. I think that thanks to the events [of earlier this year] and to our solidarity with the Russian bikers, the Katyn Rally has become better known, not only in Russia, but in Poland as well, because there is a record of censorship around the Rally. It was somehow broken through thanks to the Night Wolves, following the disgraceful incident organized by authorities in Warsaw."

© AFP 2021 / JANEK SKARZYNSKI
Polish Bikers to Honor Russian Night Wolves by Riding Same Route
"Our rallies gather together the representatives of all sorts of professions, from miners to professors, from doctors to pilots. Only journalists do not ride with us, because we have censorship in Poland, but here we can say it like it is," Wegrzyn wryly noted.

Rally participant Father Dariusz Stancyzk told Sputnik that "in our troubled world we often hear the message –we want peace, and never war. In this sense, I believe that this grassroots meeting of people of different nationalities, of Poles and Russians, is important and beautiful. We are happy, and grateful to everyone who contributed to making this event possible."

The Rally will conclude near the Katyn Monument in Warsaw on September 13.