The head of the Russian telecommunications watchdog explains why the Russian-language version of Wikipedia was blocked in Russia overnight Monday, but quickly unblocked on Tuesday morning. 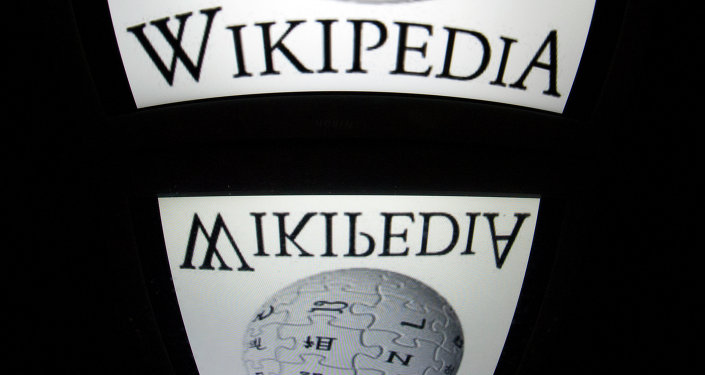 © AFP 2019 / LIONEL BONAVENTURE
Russian Telecoms Watchdog Bans Wikipedia Page With Illicit Drug Recipe
The disappearance of Wikipedia's Russian-language website from the ether on Monday was a consequence of a court order which the regulator was obliged to carry out, explained Roskomnadzor (Federal Service for Supervision in the Sphere of Telecom, Information Technologies and Mass Communications) boss Vadim Ampelonskiy on Thursday.

The issue of whether the offending Wikipedia article was against the law, said Ampelonskiy, is a "right and natural question for the layman."

"But not for law enforcement, which received the court's unequivocal order and is obliged – I emphasize – obliged, to fulfil it."

On June 26, a Wikipedia article was declared illegal by the Chernoyarsk District Court, in the Astrakhan Region of southern Russia. The offending article gave readers information on the preparation of Charas, a form of cannabis.

After receiving the court's order, Ampelonskiy said, Roskomnazor asked the administrators of the Russian-language Wikipedia resource to amend the article.

"We were unpleasantly surprised when the executive director of Wikimedia Russia, Stanislav Kozlovskiy, instead of implementing the law, began a large-scale media campaign," to raise the issue and put pressure on the regulator not to enforce the court order, said Ampelonskiy in an interview with the Izvestiya newspaper on Thursday.

According to Wikipedia's statistics for the previous 90 days, the campaign was a success: on August 20 the page had been visited 32,531 visitors, around 30,000 of which were on August 20, the day when news of the disputed article broke.

© Photo : https://tjournal.ru/
The article on Charas in Wikipedia's Russian-language site
On August 21, the day when Roskomnadzor was originally meant to enforce the court order, the watchdog decided to give the site's administrators more time to fulfil the obligation to change the article.

Wikipedia's use of the https protocol meant that in order to remove the article from public view, Roskomnadzor would have to block Wikipedia in its entirety.

"Roskomnadzor understands the importance of Wikipedia for society," a source in the authority stated, explaining its position to the newspaper Izvestiya.

"But it goes like this: today it 'academically' writes about drugs, tomorrow 'academically' about forms of suicide, and the day after tomorrow publishes any kind of banned content, but with 'academic' sources."

"We highly value the efforts the Wikipedia community made on Saturday and Sunday to change the text. The first version of the 'Charas' article did not even have one corroborative source, so it was not even in accordance with the rules of Wikipedia itself," said Ampelonskiy.

"The text was completely reworked by the editors, and really became academic and based on science."

However, before it could reverse the decision to block the article, and as a consequence the entire site, the regulator needed to again consult with experts in the FSKN.

At 23.55 on Monday evening the blocking of the site went ahead, but was reversed on Tuesday morning when the watchdog received information from the FSKN, confirming that the reworked article no longer contravened the law.

Rozkomnadzor boss Vadim Ampelonskiy gave an interview on Thursday to Izvestiya: 'Wikipedia was saved by FSKN.'

"The blocking of the resource in practice went unnoticed by the majority of Russian internet users," explained Ampelonskiy.

The dispute is not the first time Roskomnadzor has taken action over the content of articles on Wikipedia. An article about cocaine was previously blocked, as was an article about lethal injection, which informed readers about the preparation of a deadly substance, including dosage and detailed instructions on its use.

Now Roskomnadzor is waiting for Wikipedia to change the content of three articles; on 'self-immolation,' 'suicide,' and 'ways of committing suicide,' which were declared against the law by Rospotrebnadzor, the federal watchdog for consumer protection.