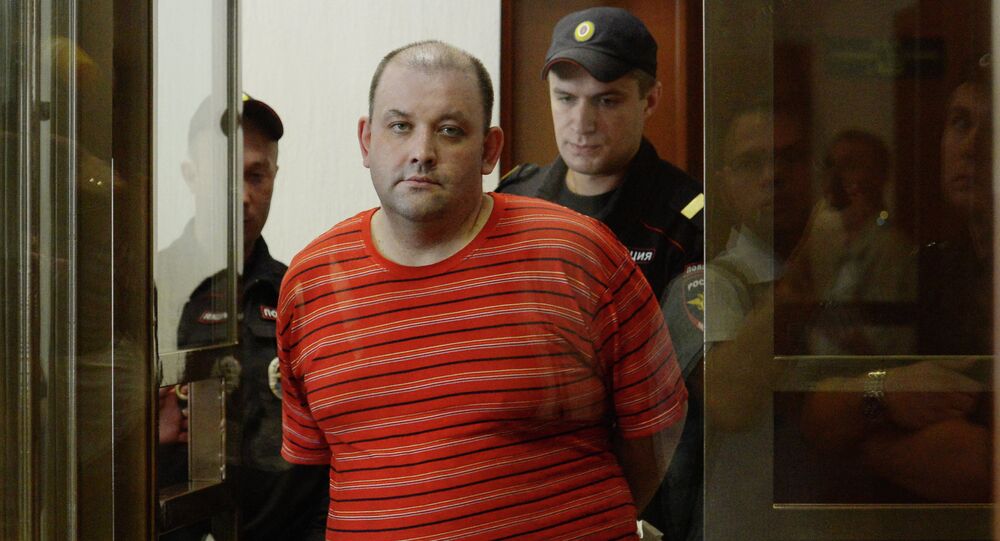 Russian national was charged by a jury panel at the Moscow City Court with recruiting Russian policemen to fight in the ranks of Ukrainian extremist organization Right Sector.

Ruben Diaz
Ukraine Filmmaker Sentenced to 20 Years for Plotting Terrorism in Crimea
MOSCOW (Sputnik) — A jury panel at the Moscow City Court decided on Wednesday that Russian national Alexander Razumov was guilty of attempts to recruit Russian policemen to fight in the ranks of Ukrainian extremist organization Right Sector.

Razumov has been charged with recruiting Russian citizens to participate in Kiev-led operations against self-proclaimed Donetsk and Luhansk people's republics in eastern Ukraine, as well as with inciting ethnic and ideological hatred online.

"Razumov attempted to recruit two policemen, who are proficient with weapons and special equipment, to take part in the armed conflict on the territory of the DPR and LPR on the side of Ukraine," the verdict said.

"He promised them a monthly salary and additional payments for killing enemies," the document said.

© REUTERS / Valentyn Ogirenko
Ukraine’s Right Sector Plans to Repeat Bloodbath in Odessa
According to Russian investigators, Razumov visited Ukraine between March and May 2014 to undergo military and ideological training with the Right Sector an upon the return to Russia, he "actively sought" to find recruits.

On Tuesday, Russia's North Caucasus District Military Court sentenced Ukrainian filmmaker Oleg Sentsov to 20 years in jail for plotting to carry out terrorist attacks in Crimea. According to the investigation, Sentsov set up a terrorist group in Crimea, believed to be a subdivision of Ukraine's Right Sector nationalist party.