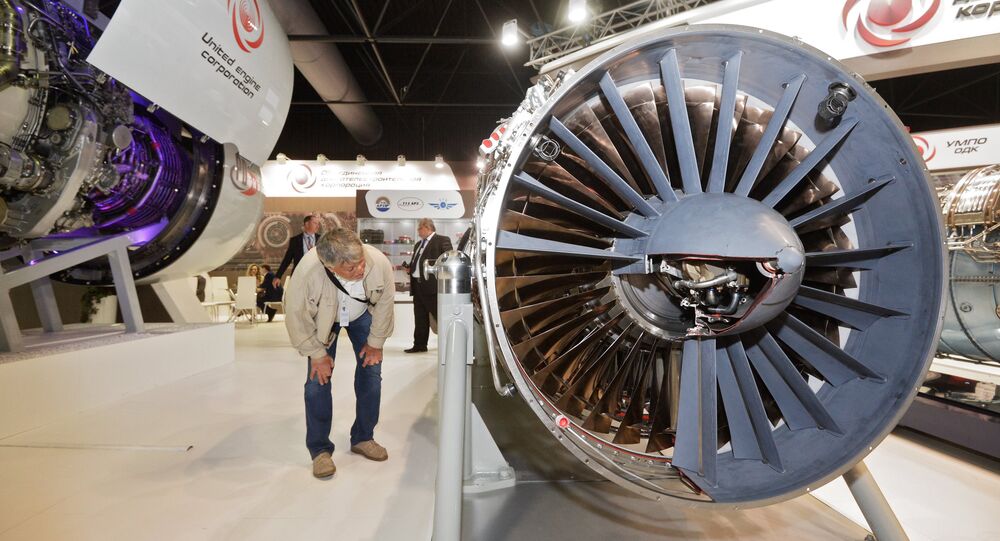 Sebastien Dakin, the Regional Director of Canada Eurasia Russia Business Association (CERBA), said that there are a lot of very good Russian specialists in aerospace sector, but Russia still faces challenges at the manufacturing level.

"There are very good scientists in Russia. The fact that Boeing, Airbus, Pratt & Whitney are doing research and development in Russia shows this is a very strong sector in Russia," Sebastien Dakin said on the sidelines of MAKS-2015 International Aviation and Space Salon.

He added that the country still faces challenges at the manufacturing level. But Dakin noted that the current Russian economy is creating favorable circumstances for establishing production facilities for avionics equipment in the country.

© Sputnik / Ilia Pitalyev
New and Unique: Russia to Unveil Latest Drone at MAKS-2015
"It's probably a good time to start producing in Russia because the cost of labor is lower at the moment, the ruble is going down and it makes products a bit more competitive," Sebastien Dakin said.

The Russian currency lost almost half its value compared to mid-year in December 2014, falling to about 69 rubles against the dollar amid a decrease in global oil prices and continued Western economic sanctions against Moscow. Since then the ruble's value has seen volatile cycling between 50-70 rubles per dollar.

MAKS-2015 was inaugurated on Tuesday in the Russian city of Zhukovsky with over 400,000 visitors expected during the course of the six-day event.

About 760 companies from 35 countries are expected to participate in the air and space show, including Russia's state technology corporation Rostec and arms exporter Rosoboronexport, as well as arms manufacturer Almaz-Antey, Russian Helicopters, and several companies from the space industry.

German Aerospace Center Open to Cooperation With Russia Despite Sanctions