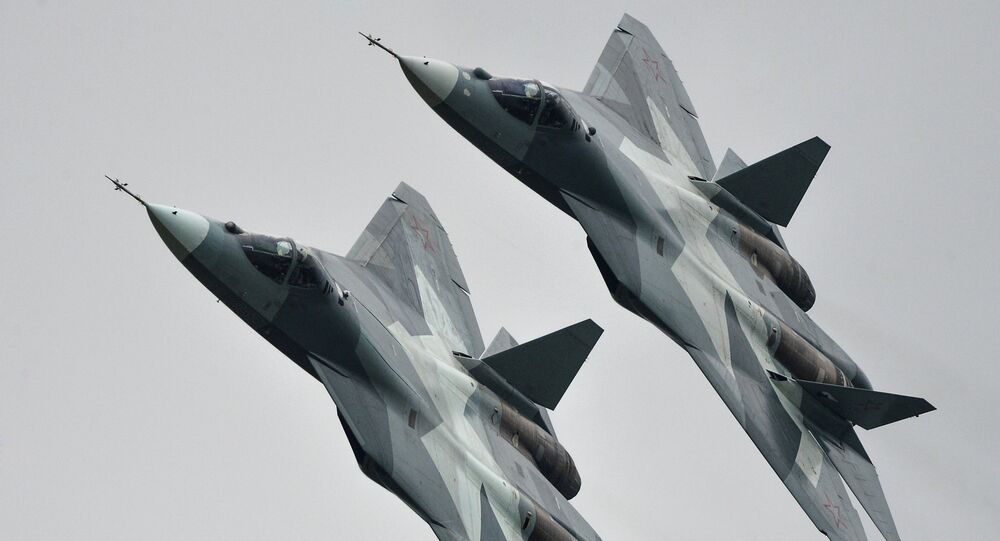 He made the statements at the International Aviation and Space Salon MAKS-2015, which is currently underway in the Moscow suburb of Zhukovsky.

"The tests are in full swing. Flights to test the missiles used for combat have been launched. The fighter shows excellent results," Bondarev said.

He noted that the T-50 fighter, also known as the PAK FA, showed high flying quality during Tuesday's demonstration flights at Zhukovsky.

"We plan to buy the first serial production T-50 planes as soon as next year," Bondarev said.

He spoke just a few days after reports about the T-50 being  equipped with a sophisticated weapon guidance system, offering its pilot the fire-and-forget capabilities that allow the aircraft to lock on a target and hit it when it is no longer in line of sight.

Earlier, Vladimir Mikheyev, deputy head of KRET, which developed over seventy percent of PAK FA's avionics, touted the aircraft as a "flying robot, where the aviator fulfils the function not only of pilot, but, actually, one of the constituent parts of the flying vehicle."

The PAK FA is a single-seat, twin-engine jet fighter designed by the Sukhoi Design Bureau.

© Sputnik / Yuriy Lashov
Su-33 Northern Fleet Navy Flankers Enter Into Kola Arctic Service
Its unique features make it the best in its class among other similar aircraft in the world and it is the first operational aircraft in Russian service to use stealth technology.

The plane is claimed to be capable of outperforming the F-22 and fifth-generation F-35 fighters of the United States Air Force.

The T-50 is due to replace the Sukhoi Su-27 fourth generation fighter jet, which entered service with the Soviet Air Force in 1985, and the Mig-29 fighter, which has been on service since 1983.