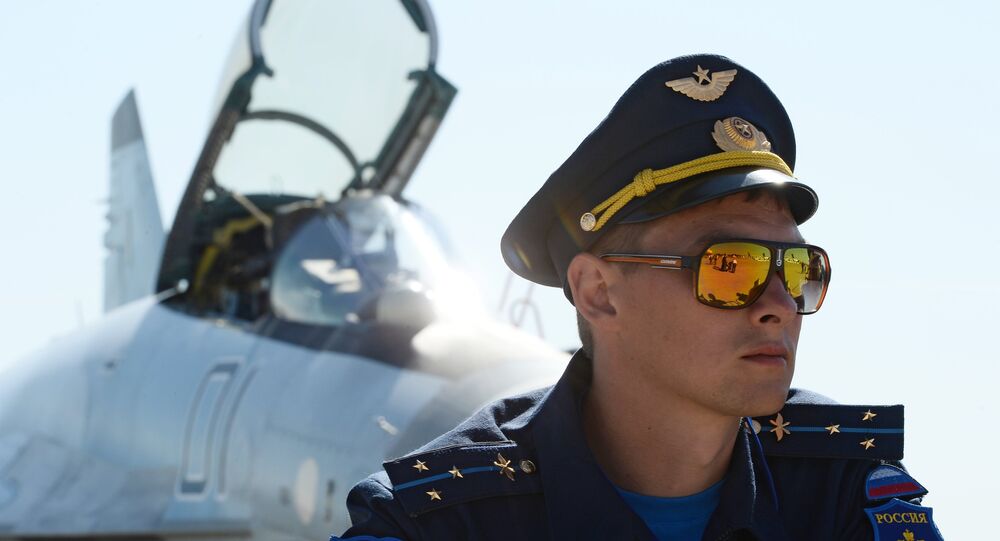 Ignoring the current western sanctions against Russia, many European aircraft makers readily accepted an invitation to take part in the MAKS-2015 international air show that launches outside Moscow on Tuesday and will run through Sunday.

© Sputnik / Vladimir Astapkovich
MAKS 2015 Shows That Sanctions Are Not Harming Moscow – German Media
Its first three days are considered to be business days for defense industry officials, and the show opens to the general public on Friday.

Although MAKS is traditionally used by domestic and foreign civilian airplane and helicopter manufacturers to show off their products to potential buyers, one of the clear purposes of the show is to display the full might of Russia's air force.

Over 150 companies from 25 countries, including Austria, Belgium, the UK, Germany and France are taking part in the weeklong event.

Russia’s Rostec state corporation which promotes development, production and export of hi-tech industrial products for civil and defense sectors, plans to hold a series of  business negotiations with  partners from India, China, Malaysia and also from France, the US and Italy.

Russia will roll out an impressive list advanced aircraft, including the Kamov Ka-52K helicopter designed for use with the Mistral amphibious assault ships, an export version of the Mil-28NE “Night Hunter” and VIP versions of the Ansat and Mil-38 choppers.

In another first, visitors will have a chance to see the new Il-76MDK plane designed for zero-gravity spaceflight training programs.

And, finally, in the show’s biggest attraction, over 80 planes and helicopters will perform a series of aerobatic feats, including Russia's first fifth-generation stealth fighter, the Sukhoi T-50 (also known as the PAK FA), which will be making its first public appearance since the 2013 MAKS air show.

Visitors will also be lucky to watch a series of roaring flybys by Russia's top-of-the-line Su-35 and Su-34 fighter planes.