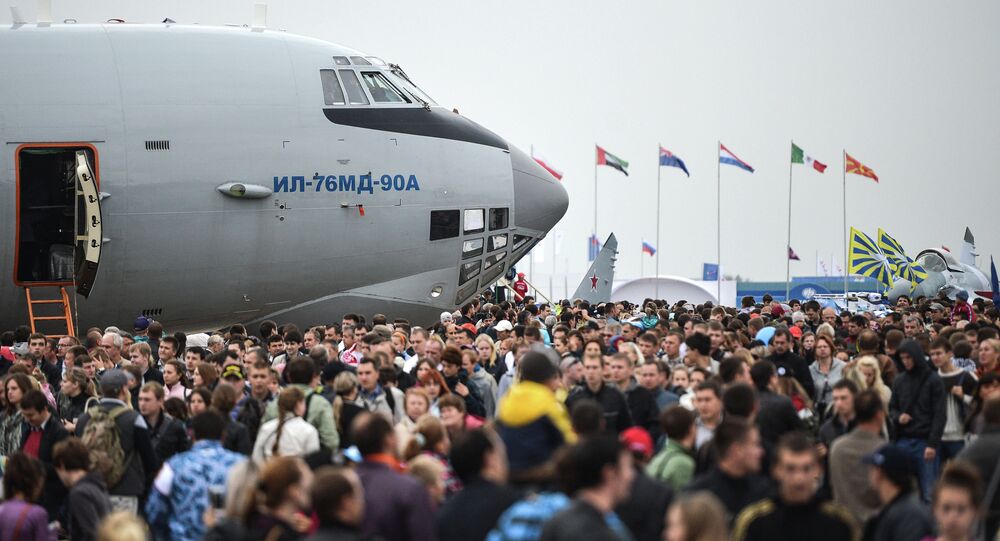 More than 150 companies from over 25 countries are expected to participate in the MAKS-2015 air show in Russia, the country's Federal Service for Military-Technical Cooperation (FSMTC) said Thursday.

© Photo : United Instrument Manufacturing Corporation
New Russian Reconnaissance-Strike Drone to Be Unveiled at MAKS Airshow
MOSCOW (Sputnik) – On August 25-30, the MAKS-2015 International Aviation and Space Salon is set to take place in the city of Zhukovsky, near Moscow.

According to the press release, over 600 Russian companies are expected to participate in the air show, including Russia's state technology corporation Rostec and arms exporter Rosoboronexport, as wells as arms manufacturer Almaz-Antey, Russian Helicopters, and companies from the space industry.

Some 18 units from Russia's Air and Space forces will be on display at MAKS-2015. All four of Russia's aerobatic teams, as well as a prototype of the Russian Sukhoi T-50 fifth-generation fighter jet, will also take part in the air show.