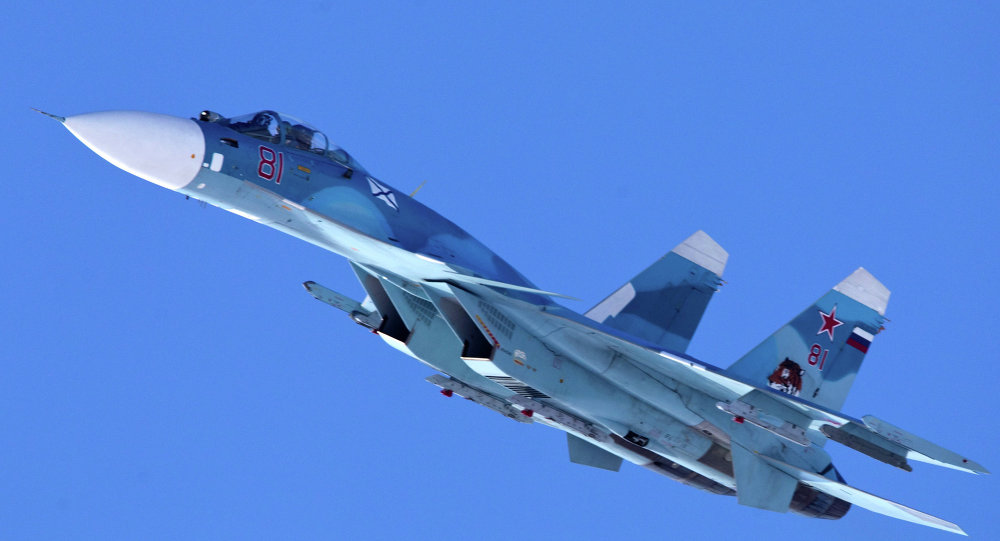 The Russian Northern Fleet's carrier fighters are continuing their training flights in Crimea, according to the fleet's press service.

According to him, the Su-25UTG and Su-33 fighter jets are conducting landing drills with the help of the NITKA training complex.

Luzik said that part of the crew from the Northern Fleet's aviation regiment under the command of Colonel Pavel Podguzov is conducting landing drills using the NITKA training complex located at an airdrome in the Crimean town of Saki.

"To date, the pilots have conducted more than 300 exercises during nine flight shifts," he said.

He explained that the Su-25UTGs were specially designed for training pilots of carrier-based fighters, and that a total of three such aircraft take part in the drills. Also taking part in the exercises are the three Su-33 fighters.

Compared to the Su-25UB, the Su-25UTG has a lighter airframe due to the fact that its weaponry and armor plates were dismounted.

Compared to the Su-27, the Su-33 has a strengthened undercarriage and structure, folding wings and stabilators. The wings are larger than on land-based aircraft for increased lift. Also, the Su-33 has upgraded engines and a twin nose wheel, and is capable of being air refueled.