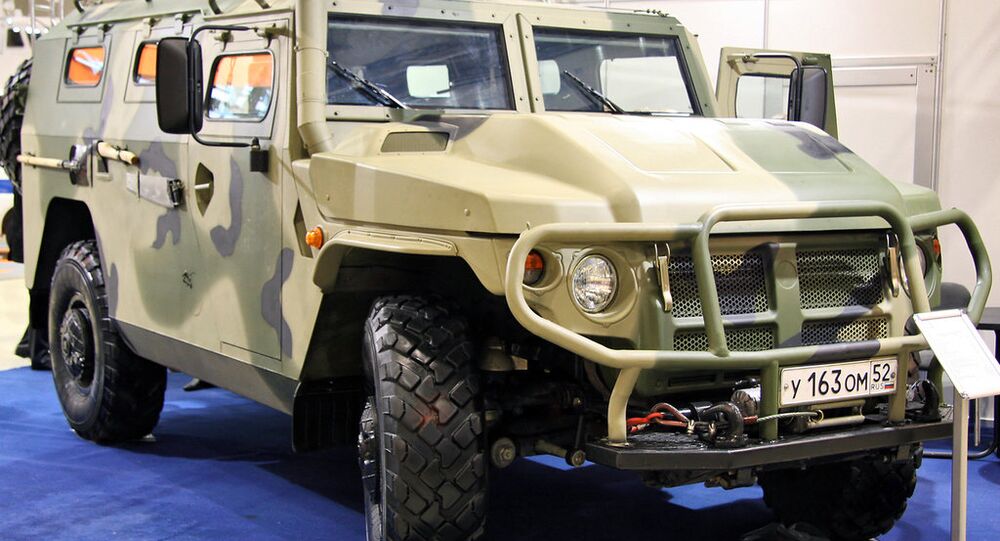 A mountain brigade of the Russian Central Military District has been equipped with a modernized version of the Tigr (Tiger) multipurpose all-terrain infantry mobility vehicles.

The press service said that servicemen are currently practicing driving the new vehicles in the run-up to drills which will be held in September, where they will perform a series of combat training missions on shooting ranges of the Central Military District.

According to the press service, the Tigr-M SpN vehicles are mainly designed for reconnaissance and patrol purposes, as well as for protecting convoys and supporting army units.

The modernized Tigr features a new diesel engine, a new armored hood, an air filter installation, an increase in the number of rear passenger seats (from eight to nine) and the replacement of the bicuspid rear hatch with a large square hatch.

"In addition, the vehicle is equipped with  automatically regulated tire pressure, an automatic fire suppression system, a starting preheater and a self-recovery winch," the press service said.

Russian Paratroopers to Get Flying Armored Vehicle Hybrids by 2030