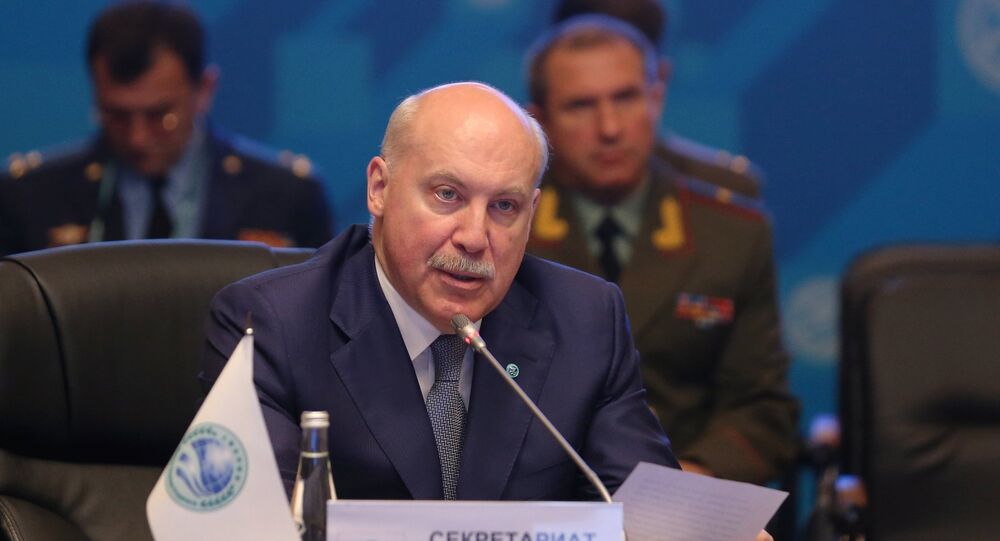 Dmitry Mezentsev, the secretary-general of the Shanghai Cooperation Organization (SCO), will be one of the candidates for a seat in upper chamber of the Russian parliament, the Federation Council, the Russian Kommersant newspaper reported Tuesday.

MOSCOW (Sputnik) – According to the newspaper sources, the acting Sakhalin governor Oleg Kozhemyako will put forward Mezentsev’s candidacy for the Federation Council from that region.

“Mezentsev has a good diplomatic experience. He will continue the cooperation on the SCO issues in the Federation Council,” Kommersant said, citing a source familiar with Mezentsev’s plans.

Mezentsev’s powers as the secretary-general of the SCO will expire on December 31, 2015. Previously, he used to be the deputy speaker of the Federation Council and the governor of Irkutsk region.

On Monday, Vladimir Yakunin, president of state-owned Russian Railways Company, confirmed plans to leave his post in a bid to run for a seat in the Federation Council.