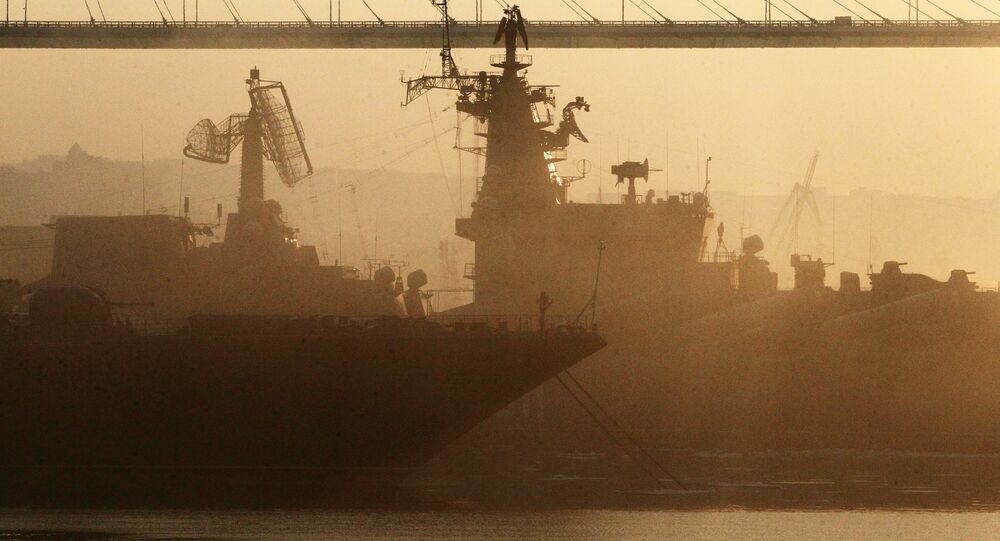 A squadron of seven Chinese warships is steaming towards Russia’s Far Eastern port of Vladivostok to participate in a week-long joint naval drill starting later this week.

Ruslan Alibecov/NewsTeam
Russian Navy to Hold Joint Drills With Azerbaijan, Kazakhstan
The exercise, dubbed "Joint Sea 2015," is one of the largest joint military maneuvers in the region. It will be held in the Peter the Great Bay and the Sea of Japan from August 20 through 28.

Sailors, marines and naval air pilots of the two countries will be training together in combined operations in an amphibious assault exercise.

The Russian Pacific Fleet will be represented with up to 20 battleships and support vessels, two submarines, ten warplanes, nine amphibious vehicles and 200 Marines.