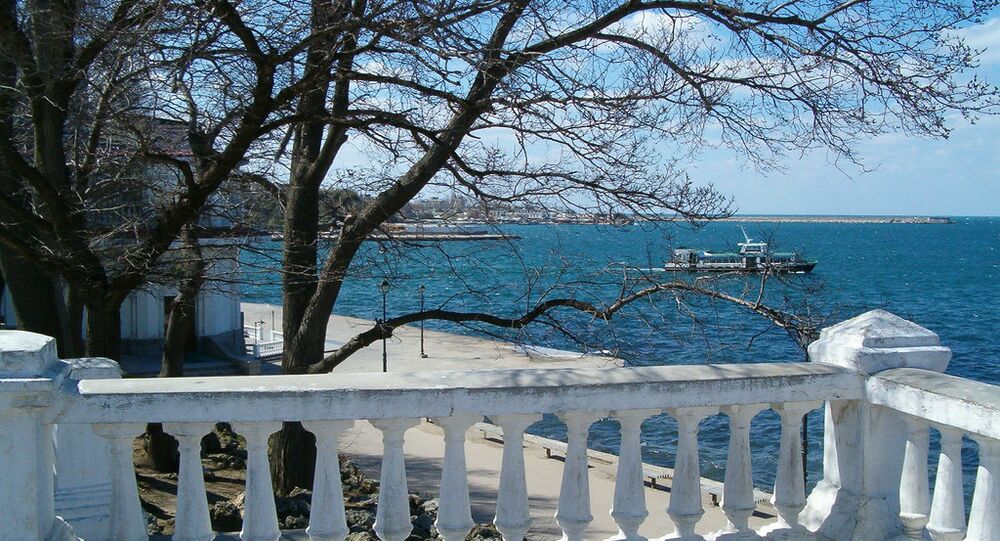 Entrepreneurs Strive to Reform Crimean Tourism Ahead of Government

The former editor-in-chief of National Geographic Russia's NG Traveler returned to his native Sevastopol to reform the city's tourist sector.

As Crimea reforms its tourist sector, it faces an uphill struggle against both 23 years of Ukraine's legacy of chronic underinvestment and corruption, as well as the fact that many officials from the era remain in power. Zheleznyak, as well as other public figures, has been working to reform the system from the outside through both lobbying and private initiatives.

"Large amounts of resources are being invested into Crimea and Sevastopol, but their implementation is often a letdown. Ideas are often weak and very local, if not backward. Say, let's put up a restaurant here or apartments, cool! But that it will overlap with a beach, there is no bathroom, or a parking lot, and behind the walls of one oasis is a dump, no one thinks about this," Zheleznyak told NG.

According to Zheleznyak, part of the problem is the mentality that the tourism season only lasts two months of the year. Trends in tourism have also been changing, since reunification with Russia, as Russian tourists are more affluent and demand a higher level of service, according to a report in online daily Svobodnaya Pressa, which interviewed figures in Crimea's tourist industry.

"Russians almost all ask for lodging with meals. Hotel keepers say, 'What meals, here is a kitchen or a cafe, go and eat.' Ukrainians always came with their own food and asked why there are so few pots. Russians don't want this, they need to be fed, at least twice a day," the owner of a hostel in Crimea's Sudak, Natalia Kirichenko told Svobodnaya Pressa.

Zheleznyak also said that he aims to develop Sevastopol's naval base sector as a spot for tourism similar to the one in Norfolk, Virginia in the US. In his blog, he recently put up a photo essay of his 2013 visit to the monumental 35th battery memorial, which was renovated by Sevastopol businessmen led by Aleksei Chaly, who later became one of the leaders of the Crimean reunification.

"In general, no one really knows anything about Sevastopol. I am constantly asked, are there beaches? What is there other than museums? Our potential audience only associates Sevastopol with day tours. No one even thinks that we have 150 kilometers of coastline, almost as much as Montenegro. Long sandy beaches, a cliff coastline with beautiful harbors, mountains and forests, almost 30 kilometers of cliffs where even in Soviet times there were mountain climbing tournaments," Zheleznyak said.

Other than cultural tourism, Sevastopol has many prospects for developing hiking, mountain biking, kiting, diving and yachting, according to Zheleznyak. He also aims to develop the region to eventually attract more foreign tourists.

"So far, because of sanctions we don't have many foreigners, but I think that we should at least duplicate all information into English. Signs, booklets, maps. And overall, sanctions are in a way a formality — tourists fly in to Moscow and go through border control there. They don't get any markings in passports in Crimea. So with a positive development of tourism, I think foreigners will come to us," Zheleznyak added.