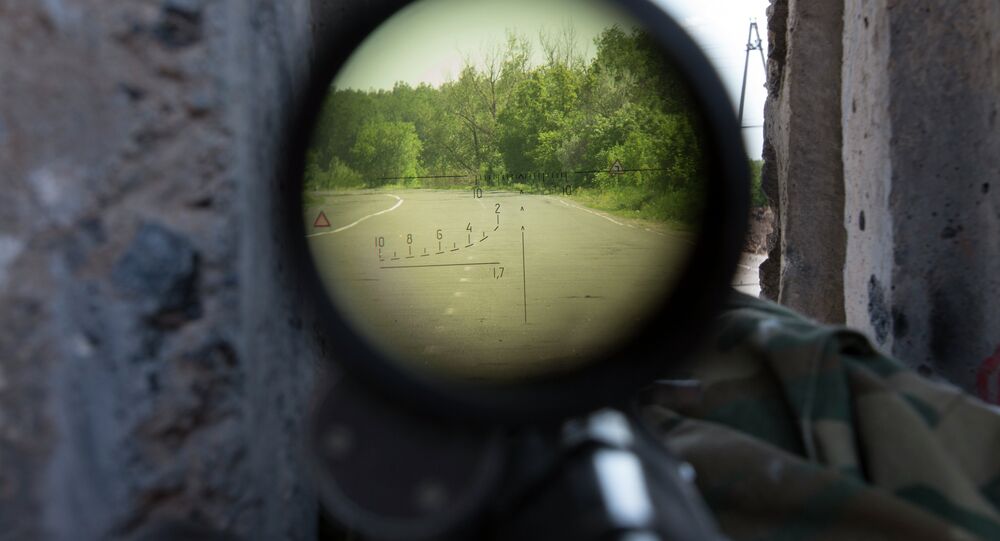 Russia's Super Rifle is Gonna Getcha! From a Mile and a Half

In Russia private armorers who do not need millions of taxpayer rubles to design and build quality, efficient and highly accurate systems are few and far between.

© Sputnik / Alexey Filippov
Ratnik Future Soldier System to Get Large-Caliber Sniper Rifles
The rifles built by a small private company led by Vladislav Lobaev, a well-known  armorer and long-range shooter, who gradually evolved into a rifle gunsmith and then into full-scale manufacturer of custom precision rifles, are the most unusual weapons that have recently emerged in Russia.

The modern precision sniper rifles built by the Kaluga-based Lobaev Arms Company look, feel and shoot just like a top-notch weapon should.

Exceptional build quality and attention to detail – that’s the impression one inevitably gets when taking hold of one of their latest units – the DXL-2 rifle.

Professionals all agree that the aluminum-frame Lobaev rifle is one of the very best money can buy.

It is chambered for a 7,62х51mm round, which is a very stable cartridge for shooting at targets over 1,000 meters away.

The DXL-2’s is designed to keep the recoil, even from large-caliber rounds, at a minimum. Indeed, shooting with the DXL-2 feels like firing a 5mm rifle!

The finest western sniper rifles of the same class, including the much-trumpeted Steyr SSG 08 rifle, pale in comparison with Lobaev’s DXL-2.

A new, heavier version of the DXL-2 is now in the pipeline.

Looking more like a small howitzer, it would knock out a dinosaur with its.408 CheyTac round that was earlier used, albeit by a different rifle, to set a long-range world record of 3,440 meters.