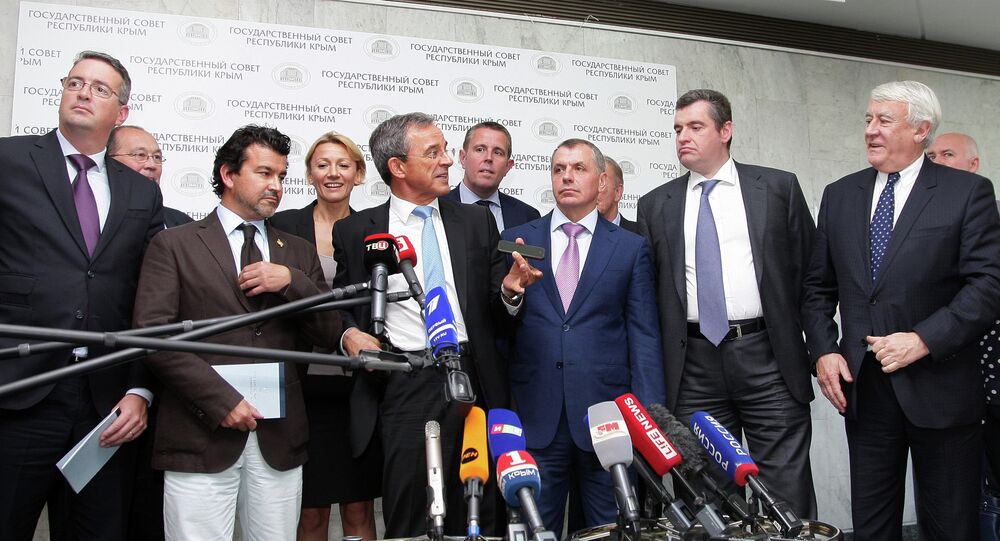 People living in Crimea are happier in Russia than Ukraine, France’s Member of the European Parliament Edouard Ferrand told Sputnik.

MOSCOW (Sputnik) — Last March, Crimea seceded from Ukraine and reunified with Russia via a referendum in which over 96 percent of voters supported the move. The vote was labeled an illegal annexation by Kiev and the West.

"Those living in Crimea feel happier in Russia than Ukraine," Ferrand, a member of the National Front party, said.

According to the parliamentarian, there is respect for members of all ethnic groups in the peninsula.

Last month, a group of French parliamentarians visited the Crimean cities of Yalta, Simferopol and Sevastopol, where they met with local officials. The country’s foreign ministry condemned the move, accusing the lawmakers of violating international law.

Confiscated EU Contraband May Be Used for Animal Feed