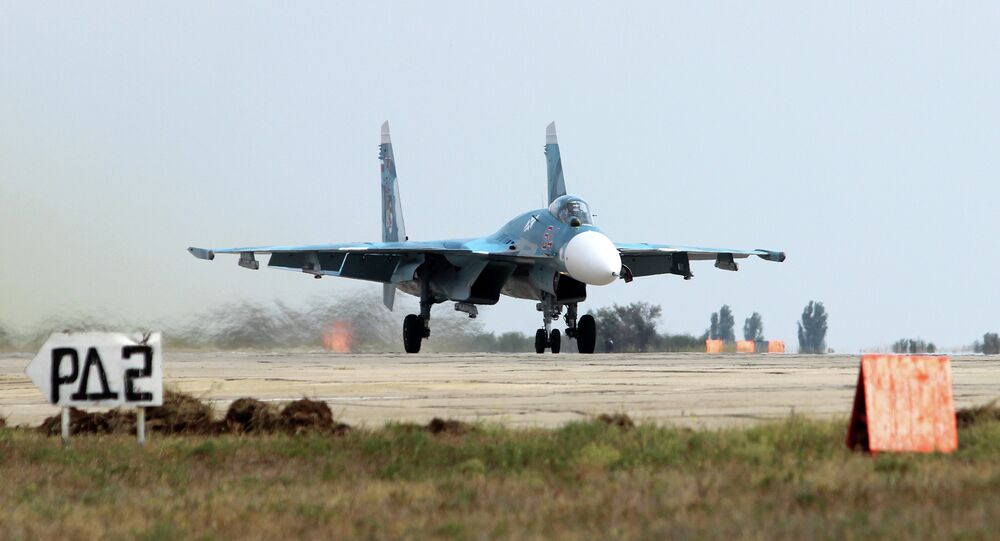 The fleet of aircraft entered into service in defense of the air borders of the Kola area of the Arctic region following a ceremony on August 1; the aircraft is a naval fighter jet based on the Su-27.

"The aircraft were introduced into service in a ceremony held on August 1."

According to the statement, the navy flankers had been employed in defense of Northern Fleet warship units on long campaigns. From now on, in between campaigns, the Su-33 aircraft will be employed in the air defense of the Kola area of the Russian Arctic.

© Sputnik / V. Kiselev
The Su-33, a carrier-based warplane developed on the platform of the Su-27.
The Su-33 is a single-seat ship-based fighter, designed to defend naval ships from aerial threats; the aircraft were brought into service on board the heavy aircraft-carrying cruiser Admiral Kuznetsov.

The aircraft are manufactured in Komsomolsk-on-Amur and first entered into official service in 1998.

A naval derivative of the land-based Su-27 fighter jet, it has a reinforced undercarriage and folding wings for landing on navy aircraft carriers, and is equipped with probe-and-drogue refueling capabilities.

Sukhoi: The Legend of Russian Aviation