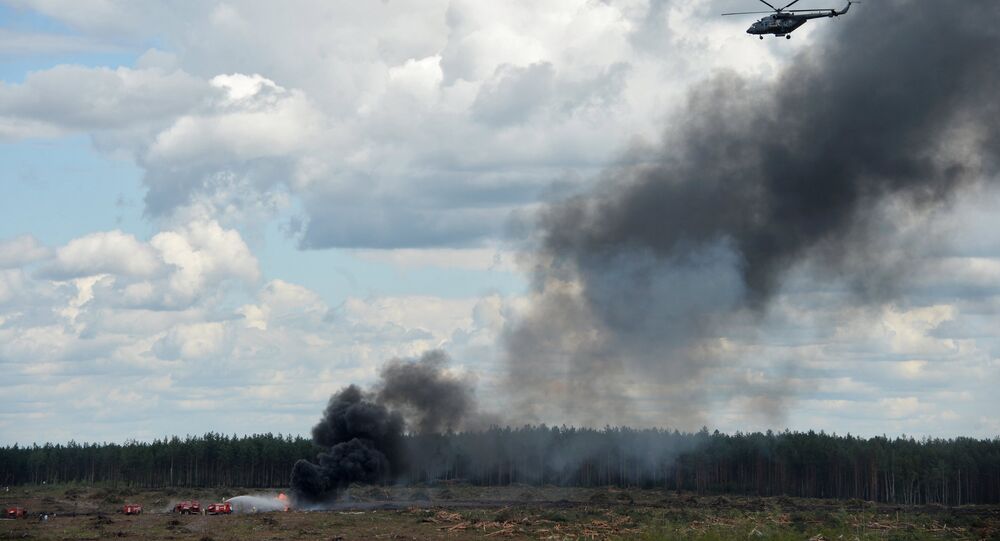 Next Phase of Russian Aviadarts Contest in Question After Helicopter Crash

It is not yet known if the Aviadarts-2015 international warplane crews' competition will be continued, according to a representative of the event organizers.

DUBROVICHY RANGE (Russia) (Sputnik) — The future of the Aviadarts-2015 international warplane crews' competition hosted by Russia is now in question due to a fatal helicopter crash which occurred during the airshow on Sunday, a representative of the event organizers told RIA Novosti.

Earlier in the day, a Mi-28 attack helicopter crashed while performing a demonstration flight at the airshow in Ryazan Region some 110 miles south of Moscow. One of the pilots died in the incident, and the second is in stable condition, according to the defense ministry.

The 2015 International Army Games are currently underway in Russia. The competition has brought together more than 2,000 participants from 17 countries. The contests held in 11 different locations across Russia are due to finish on August 15.