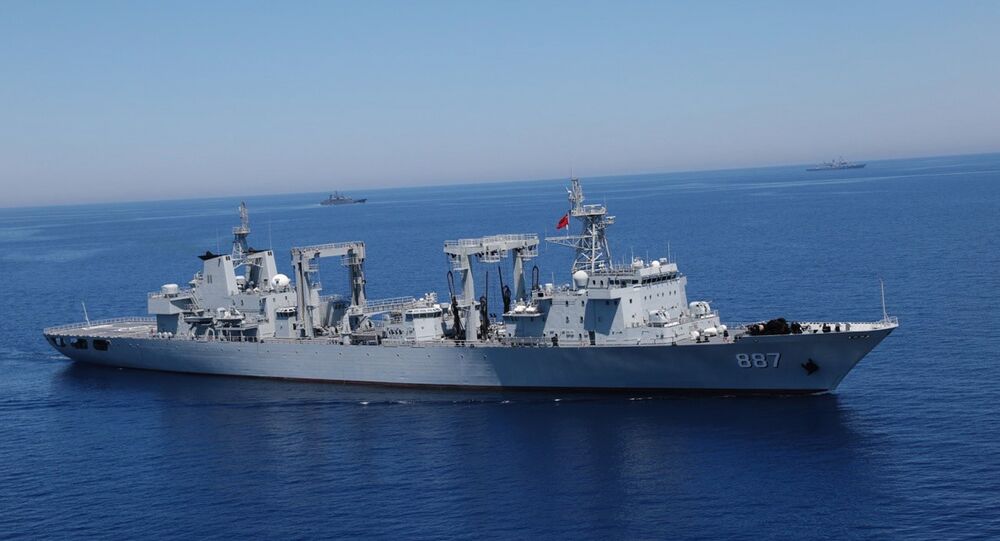 Russia has changed its naval doctrine. The Arctic, the Atlantic and Crimea as well as cooperation with China in the Pacific are now among the most important interests of Russia.

Moscow introduced a new naval doctrine a few days ago.  According to the document, Crimea, the Arctic and the Atlantic and as well as cooperation between Russia and China in the Pacific are becoming main priorities for Russia, Der Spiegel reported.

Russia has been gradually expanding its military and economic presence in the mineral-rich region for many years. Moscow is interested in the oil and gas reserves that are said to lie in the depths of the Arctic ice, Der Spiegel wrote.

© AFP 2020 / BRICS/SCO Photohos
Russia, China Counterbalance US Hegemony Through SCO, BRICS
Russia is also planning to build a fleet of nuclear-powered icebreakers. According to Russian Deputy Prime Minister Dmitry Rogozin, the first new icebreaker will be launched in 2017.

The document was drafted in 2014 and approved by Russian President Vladimir Putin. According to Der Spiegel, the new naval doctrine has become Russia's response to the conflict with the West.

The fundamental principles of the document are based on the military doctrine, which Russia adopted in December 2014. The conflict in Ukraine and NATO's eastward expansion were indicated as major "threats to Russia's security," the magazine recalled.

The new naval doctrine also reflects the reunification of Crimea with Russia.

Moreover, the document stresses the importance of friendly relations between Russia and China and their cooperation in the Pacific region.

As stated by Russian Deputy Prime Minister Dmitry Rogozin, the new naval strategy will help the Kremlin create an effective counterbalance to US hegemony in the world, the magazine wrote.