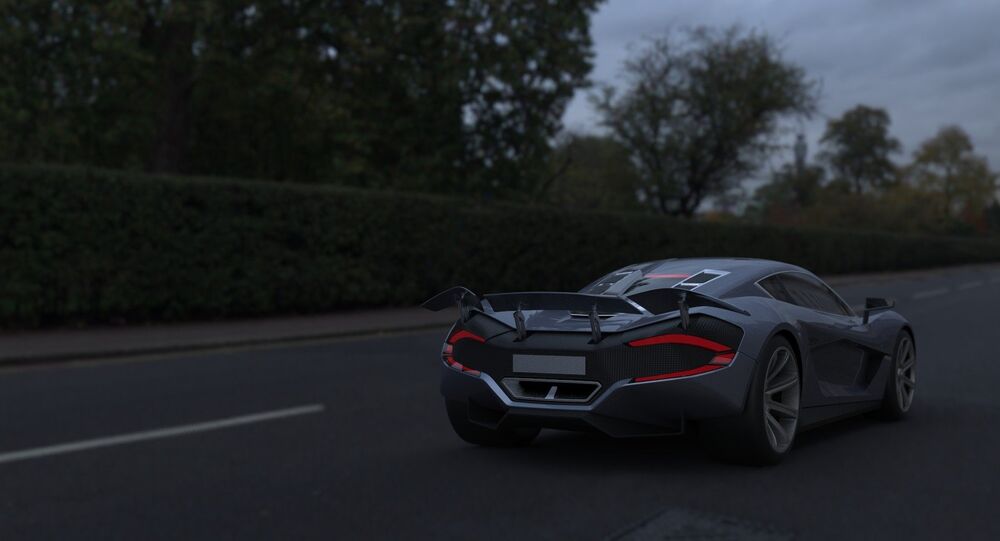 Igor Ermilin, car designer, race organizer and advisor to the president of the Russian Automotive Federation, has developed a new supercar project called the 'Wolf', designed to compete with the likes super sports car designers Pagani and Koenigsegg.

© Photo : http://www.youtube.com/Vuzzub
You Will Need These Two Russian Cars to Survive the Zombie Apocalypse
In an interview for Russia's Izvestia newspaper published Monday, Ermilin explained that the idea of creating such a vehicle came "out of the desire to create a successful brand capable of gaining clientele and real traction in the marketplace." With this in mind, the designer created his new supercar –a two-seater supercar designed to be comfortable enough for everyday use, and on public roads.

According to the Ermilin, the new supercar already has a working name –the 'Volk', translating as 'Wolf'. In his view, the wolf is an animal to which mankind has developed a mystical emotional connection over the course of thousands of years. "Stylistically, the car should evoke the image of the wolf," the designer noted.

Noting that the price tag of the new machine is estimated at between 1-2 million euros, Ermilin justified the steep price by noting that assembly of the new vehicle would be carried out exclusively by hand. Furthermore, unlike many similar projects, including that of Marussia, the number of cars available will be extremely limited. "This will be a custom-made machine, and we plan to release no more than twenty a year," the designer explained.

© Photo : from the Igor Ermilin's archive
The Project Wolf supercar.

"My new car is completely handmade. It will be a perfect, fast, beautiful, comfortable car," Ermilin said, noting that the Wolf "is a key to a door to something never before offered by any of the other players on the market."

Asked who the Wolf's competitors might be, Ermilin noted that the supercar market presently taken up by companies like Pagani and Koenigsegg is the niche "where we would like to find ourselves."

© CC BY 2.0 / nikita_novozhilov / Lada XRay
AvtoVaz Speeds Up Work on Lada XRay SUV: Car to Hit Showrooms by Early 2016
With the car presently in the preliminary stage of development, Ermilin explained that he is now looking for investors for the project, noting that he would be able to create a fully functioning prototype, along with preliminary certification, in a year-and-a-half's time, all with a budget "an order of magnitude less" than the cost of the Marussia project. In his estimation, the Wolf project would pay for itself within the space of 5 years. So far, the designer has had few offers from Russian investors, noting that he "gets the sense that [they] are just too lazy to reach into their wallets for a sum which is so paltry to them."

Some Russian commentators seemed skeptical of Ermilin's new project. Noting that the designer had served as Marussia's chief designer of the now bankrupt Marussia supercar project between 2009-2011, Avto@Mail.ru noted that "if one recalls the Marussia project, it was precisely the absence of a clear business model which resulted in the project's collapse, with the company owing its creditors over 100 million rubles, even though the project too initially looked promising." Marussia, which released the B1 and B2 supercars, went out of business in April 2014.