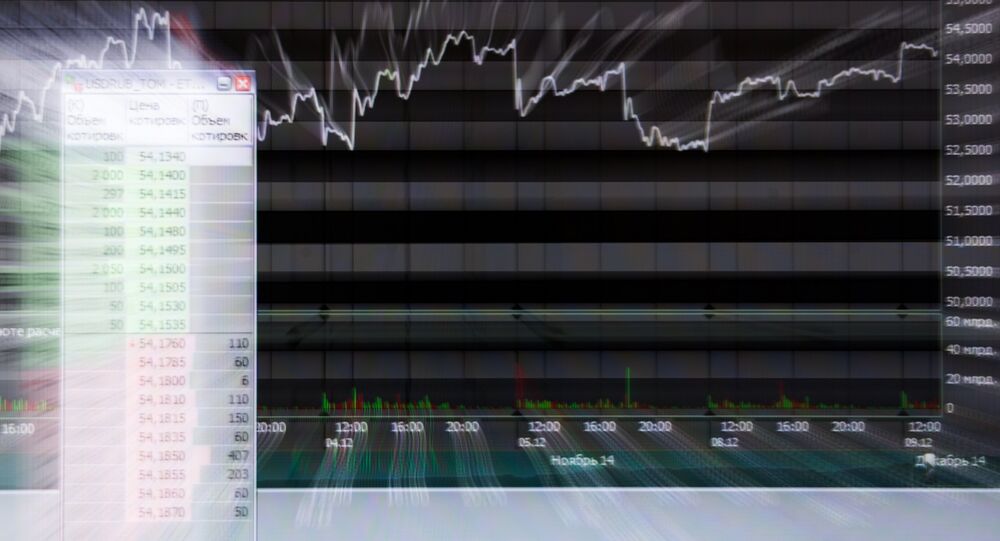 The Russian economy is on the rise, but some challenges have yet to be resolved, according to the Chinese newspaper Renmin Ribao.

© Sputnik / Igor Zarembo
Russia Still Ready to Develop Energy Cooperation With Europe - Russian PM
The Russian-language version of the Chinese newspaper Renmin Ribao (People's Daily) said in its editorial that the Russian economy is showing sustainable growth but that it has yet to overcome an array of challenges.

The newspaper recalled that recently, the World Bank and other international organizations made a forecast that in the next few years, the Russian economy would achieve positive growth, which would total 0.6 percent and 2.7 percent in 2016 and 2017, respectively. The Russian government was even more optimistic, saying that in the third and the fourth quarter of this year, Russia will be able to restore the previous rate of growth.

Compared with the pessimistic outlook at the end of last year and earlier this year, it is safe to say that Russia's recovery projections have improved, Renmin Ribao reported.

Despite the fact that the beginning of 2015 saw Russia's economy show signs of plummeting, in the second quarter of the year, the situation improved, the newspaper said, citing the slowing of the GDP's decline and the reduction in monthly  inflation. The financial situation in Russia is now stable, despite the devaluation of the ruble, which remains a freely convertible currency;  compared to the end of last year, it increased by almost a third. Russia has also successfully solved problems pertaining to its external debt, the newspaper said, adding that in addition to repaying 130 billion dollars in 2014, it has already paid off almost 60 billion dollars of foreign debt in the first quarter of this year.

Addressing factors which have added to Russia's economic recovery, the newspaper first pointed to a rebound in oil prices, which Renmin Ribao sad is a big plus for Russia, where oil remains part and parcel of the country's development. Secondly, the crisis in Ukraine, which prompted the United States and Europe to slap economic and financial sanctions against Russia, has yet to be tackled, but the situation has stabilized, which is contributing to the restoration of confidence in the Russian market.

More importantly, the Russian government continues to rely on the country' rich resources in order to pursue its policy of active financial intervention. In the beginning of 2015, the government developed an anti-crisis plan stipulating support for the banking system, major enterprises, small and medium businesses, the active promotion of import-substituting technologies, the optimization of budget expenditures, as well as maintaining the stability of the labor market and assistance to vulnerable social groups.

Many of these tasks have already been successfully resolved, the newspaper recalled, referring to Russia's food industry, where the production of meat and dairy products has increased by almost 13 percent and 3.6 percent, respectively, in the first four months of this year, the newspaper said.

Despite a chill in ties between the West and Russia, the country is not alone on the international stage, Renmin Ribao said, citing Russia's role in hosting the SCO and BRICS country summits, its decision to join the Asian Infrastructure Investment Bank and the creation of new Bank of BRICS. Additionally, Russia held its 19th St. Petersburg International Economic Forum, which was attended by more than 2,000 people, including many foreign guests from the European and American multinational corporations, according to the newspaper.

© RIA Novosti . Vitaliy Ankov
Russia's Asian Pivot: Vladivostok Free Port to Bolster Russo-Asian Ties
It should be noted, however, that Russia's economy still has a very difficult path ahead, Renmin Ribao said, singling out the plummeting world oil prices, among other negative factors. The United States has, meanwhile, threatened to introduce more sanctions against Russia, while the EU has decided to extend its anti-Russian sanctions for six months.

These sanctions and the fight against the sanctions may lead to a "tug of war", which could reach a new level following the Ukrainian crisis, the newspaper concluded, saying that for such a big country as Russia, the path to recovery cannot be completely smooth  and devoid of serious challenges.