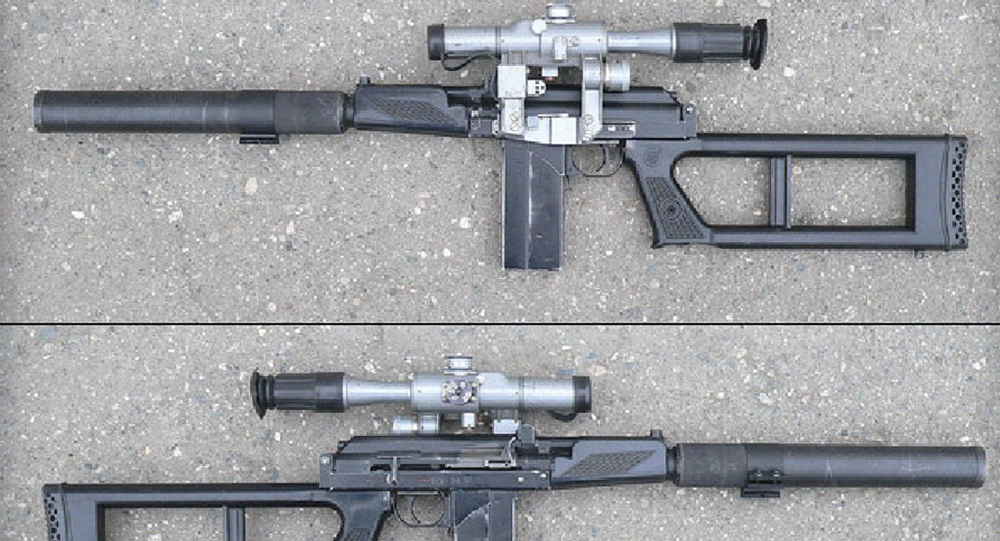 The ability to shoot in all weather conditions, as far and as accurately as possible has always been a major challenge to sniper gun designers, and this is where Russian master armorers have always shined.

The VSK-94 is actually an attempt to create a less expensive rival to their special purpose VSS Vintorez 9mm silenced super-rifle.

It is light and, unlike its prototype, it sports a more rigid and convenient plastic buttstock and an altered iron sight with settings graduated to a range of up to 400 m.

One important component of the sniper complex is the optical sights – the daytime PKS-07 the nighttime PKN-03M, which offer the latest achievements in this field, giving the rifle an edge over its closes competitor – the US-made S-16 Grendel 7.62x39mm unit.

The VSK-94 rifle is a simple and reliable gas-operated weapon. It has a long service life (at least 6,000 shots), irrespective of the types of cartridges fired.

The relatively low cost of the VSK-94, with its superior qualities, is also important.

The VSK-94 sniper complex came along at the right time and is now a weapon of choice for Special Ops troops both in Russia and abroad.