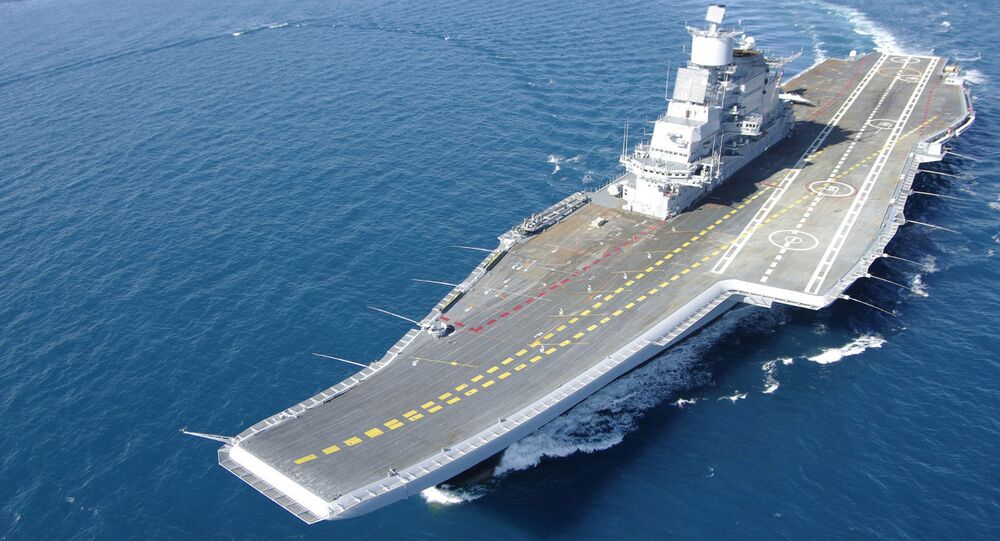 The Vikramaditya aircraft carrier built in Russian shipyards forms the bulk of the Indian navy and is one of the most powerful combat units in the Indian Ocean.

Russia appears to be India’s most logical partner in the construction of the latest IAC-2 aircraft carrier, official representative of the Center for Analysis of World Arms Trade (TSAMTO) told RIA Novosti on Wednesday.

Earlier, India appealed to Russia’s "Rosoboronexport" company as well as to US, British and French enterprises with the request to participate in the development and construction of the modern Indian aircraft carrier with a displacement of 65 thousand tons.

© AFP 2021 / DOD
India, Russia to Create Enterprise on Submarines Repair
TSAMTO representatives argue that cooperation based on Russian technologies would be profitable for both countries.  It would make sense for India to equipe the new aircraft carrier with MiG-29K / KUB Russian fighter planes, which are already placed aboard the aircraft carrier, the official said.

He also noted that Russia actively contributed to the modernization of the Indian navy by supplying Kilo-class submarines and Project 11356 frigates.

Earlier, Indian and Russian enterprises signed an agreement on the establishment of a joint venture to repair submarines.