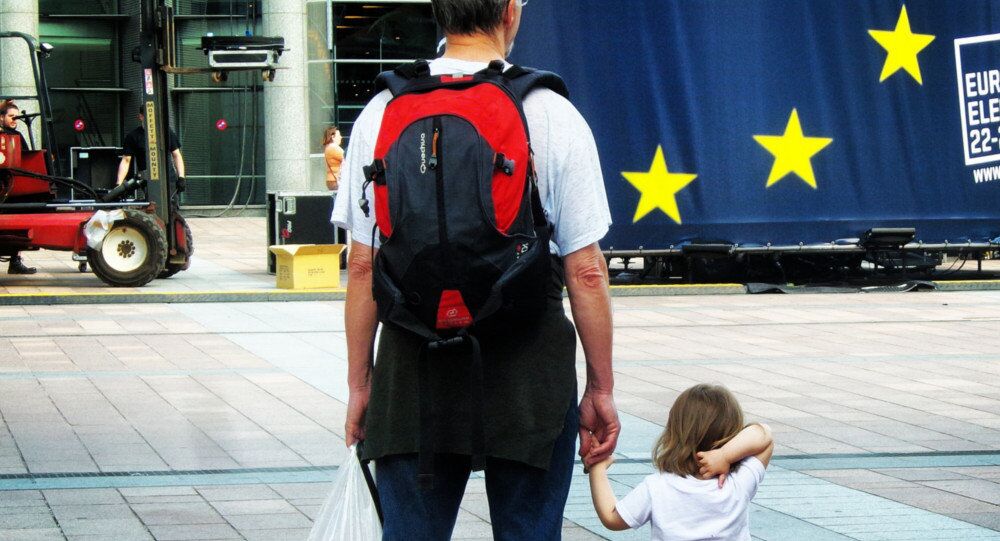 The West violates international law by plunging the world into chaos, Russia’s onetime envoy to Rome wrote in an article carried by an Italian magazine.

“Those who accuse Russia of annexing Crimea are destroying the rules of peaceful coexistence countries stuck to even during the Cold War era,” Felix Stanevsky wrote in his think piece, titled “Who breaks international law? Russia and wars of the West”, that appeared in the July 2, 2015 issue of Limes magazine.

© Sputnik / Alexei Danichev
West ill at Ease as Russia Still Retains Its Global Power Status
Stanevsky mentioned the wars in Yugoslavia and Iraq and the breakup of Libya as examples of Washington’s aggressive policy.

By meddling in the internal affairs of Syria, European and North American countries also resorted to the use of force instead of trying to seek diplomatic solutions to regional problems as called for by international law, thus making war part of everyday Western reality, Stanevsky noted.

The United States has used military force ten times over the past 25 years, and it does not look like this practice is going to end anytime soon, the ex-envoy wrote, adding that examples of Western noncompliance with internationally-recognized norms of peaceful coexistence are too many to ignore.

“Given all these breaches of international law that have been going on for so long, who can really believe all these Western accusations against Russia regarding Crimea and Donbass?”

Stanevsky continued by saying that it is the West which is “waging war after war, killing and destroying, plunging whole regions into chaos and destroying international law.”

Europeans are losing faith in their governments’ declared adherence to peace, demonization of Vladimir Putin and accusations being brought against Russia, Felix Stanevsky wrote in conclusion.