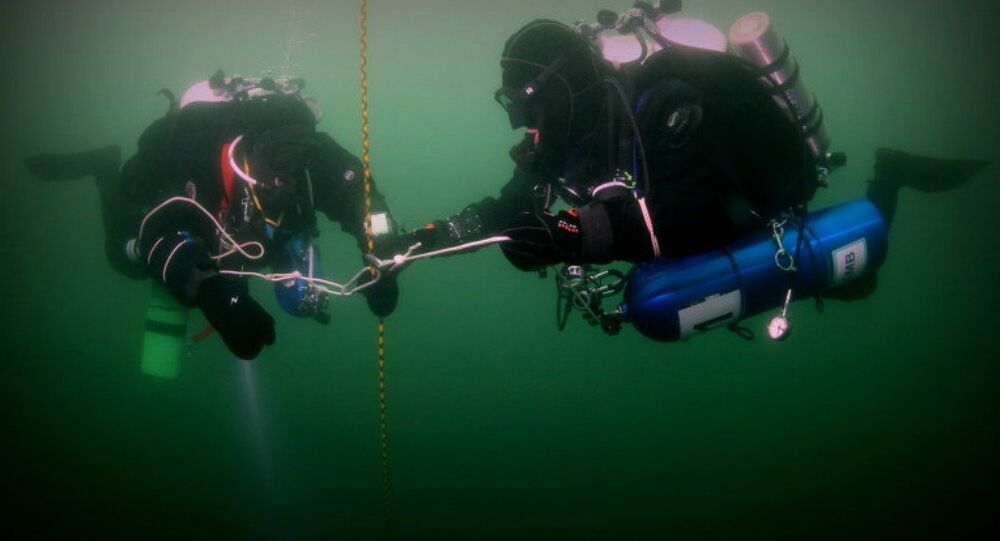 Russian divers descended into the Barents Sea, setting a world record for diving in the Arctic, in an expedition which aimed to test Russian-made diving equipment.

International experience in Arctic scuba diving is limited to dives to a depth of around 30 meters. The goal of the expedition was to test Russian-made diving and scientific equipment. The divers recorded data about flora and fauna of coastal waters.

"Underwater researchers headed by Dmitry Shiller accomplished the deepest scuba diver decent in the Arctic at a depth of 111 meters on Russian equipment and collected scientific data. The achievement was recorded by Bojana Ostojic, member of the Jacques-Yves Cousteau team, and member of the World Underwater Federation board of directors," the representative said.

© Ruptly
Drop the Puck: Underwater Hockey in Russia
The Russia's Arctic expedition is part of the broader Russia's Seas project, which seeks to explore Russia's territorial waters and raise awareness of safe diving practices. Over 15 invited specialists and 18 crew members took part in the Arctic expedition.

The divers also installed a monument to sailors who died defending the region during World War II. The equipment used by the divers allowed them to work underwater in sub-zero temperatures for several hours, according to the manufacturer's press service.