KOMSOMOLSK-ON-AMUR (Sputnik) — The Superjet 100 is a twin-engine regional passenger airliner, which had completed its maiden flight in 2008 before being sold commercially for the first time in 2011.

"The sanctions do not impact [us] directly. It took [some time] to draw up documents with certain manufacturers, but there is no ban on the supply of components under the framework of this project," Dmitry Bloshinsky said on Thursday. 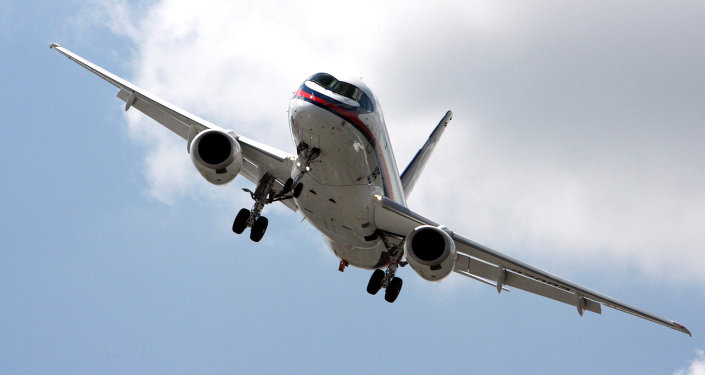 © Sputnik / Igor Zarembo
Russian Aircraft Makers Plan to Sell Sukhoi Superjet-100 Planes in SE Asia
Bloshinsky also announced that the 100th aircraft since the beginning of the serial production of SSJ-100s would be supplied to Russia's flagship airline Aeroflot in fall 2015.

Russia’s United Aircraft Corporation, SCAC’s major shareholder, has been targeted by EU, US and Canadian sanctions since September 12, 2014. Similar restrictive measures were introduced by Switzerland in November 2014.