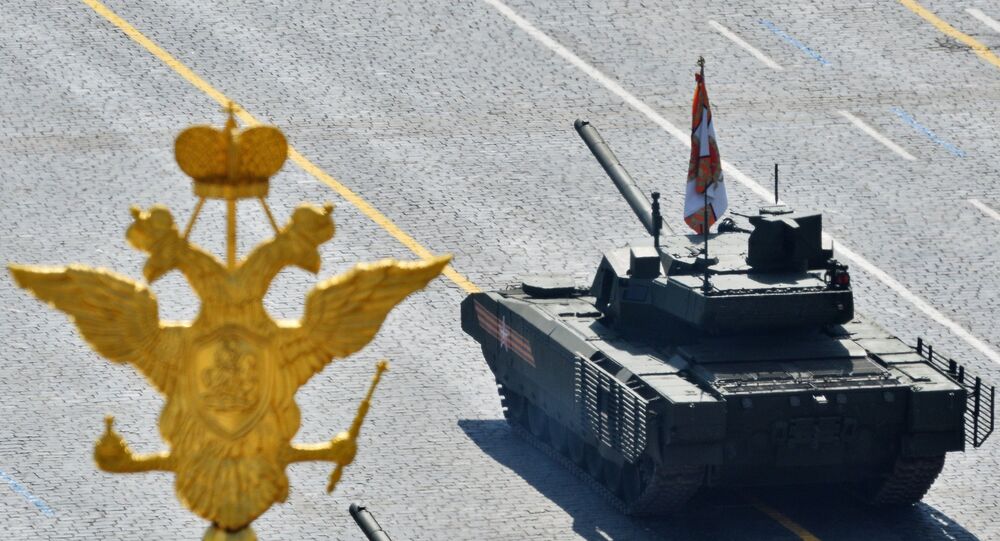 Russia is modernizing its 2S12 Sani 120 mm heavy mortar for use on new generation of tanks and armored vehicles.

© Sputnik / Mikhail Voskresenskiy
Russian Engineers to Turn Armata Tank Fully Autonomous
The upgraded mortar will be installed on the next generations of the Armata, Kurganets and other platforms, Burevestnik Design Bureau chief, Georgy Zakamennykh, told RIA Novosti on Wednesday.

Russia’s Ground Forces are planning a 70 percent update of their  armor and weapons system by 2020 and a mass-scale purchase of Armata platforms, Bumerang armored personnel carriers, Kurganets armored vehicles and Taifun combat cars  is slated for next year.

“The potential of this mass-produced mortar system is far from exhausted yet, and it is now being upgraded to weigh less and ensure better protection for the crew and ammunition for placement on new-generation combat platforms,” Georgy Zakamennykh said.

The latest version of the Sani system features a 2B11 mortar mounted on a new base plate with a hinge that allows for 360 degree horizontal fire without turning the heavy support.

The Burevestnik Central Scientific Research Institute is part of the Uralvagonzavod Corporation and is a leading designer of artillery systems for the Russian ground and naval forces.