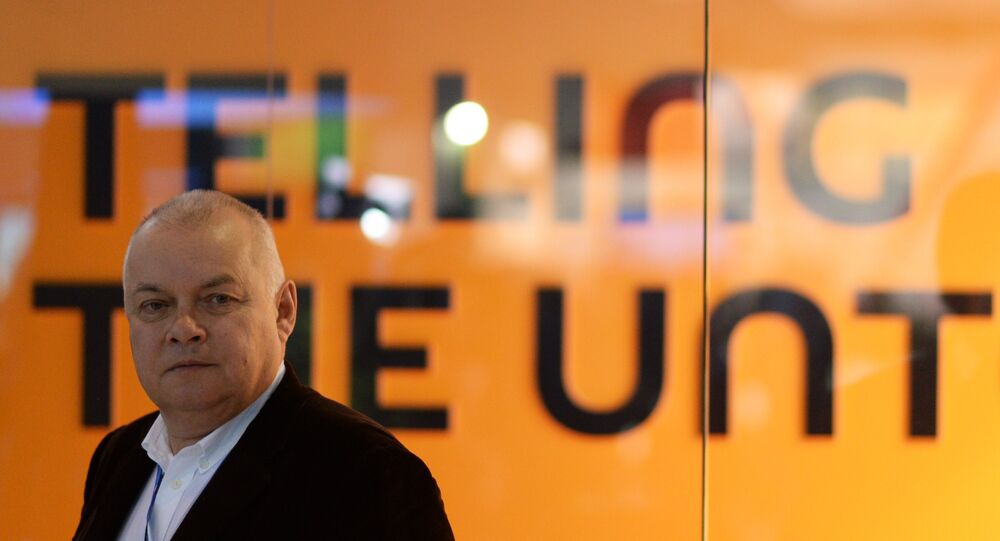 The news agency Rossiya Segodnya is working with lawyers and will take all legal measures to protect its rights in relation to the blocking of its bank accounts in London by British multinational Barclays Bank, the agency's press service said Wednesday.

MOSCOW (Sputnik) — On Monday, Barclays announced the closure, without explanation, of the bank accounts of the Rossiya Segodnya London bureau.

On Tuesday, Barclays clarified its announcement, by saying that the accounts are frozen, not closed, and referring to a UK regulation on EU financial sanctions which designated Rossiya Segodnya General Director Dmitry Kiselev.

"Looks like an unfriendly act. Sanctions against journalists are absurd. And when they are even accepted as a form of a legal basis for the actual seizure of the bank accounts of a state organization, it is an absurdity squared. Whom is this making happier? And where do we then stop?" Kiselev said commenting on the situation.

Margarita Simonyan, editor-in-chief of Rossiya Segodnya, said that the closure was illegal since the agency was not subject to the sanctions, even if Kiselev was banned from having personal accounts in UK banks.

Kiselev earlier strongly criticized the British authorities' move, labeling it censorship and a direct interference with the work of alternative independent journalists.