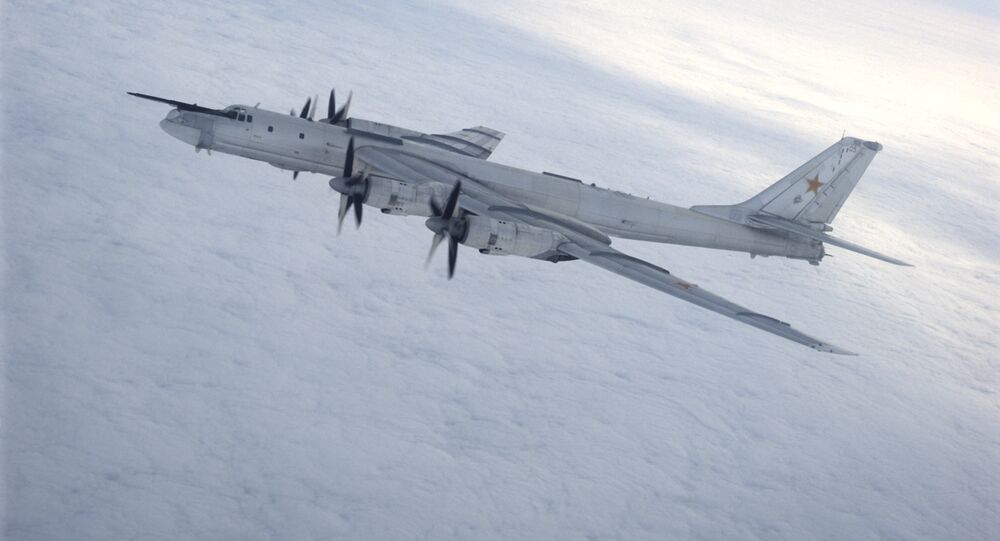 A Russian Tu-95 Bear strategic bomber has crashed in the Siberian region approximately 50 miles from the city of Khabarovsk, the Russian Defense Minister said Tuesday.

MOSCOW (Sputnik) – The aircraft was fulfilling training exercises and was unarmed. A search for the seven crewmembers has begun.

© Flickr / Lee Cannon
Prop Plane Towing Banner Crashes Into California Beach, Pilot Survives
The ministry said the plane came down in an uninhabited area, and there was no damage to structures on the ground, adding that the crew were able to parachute out of the stricken aircraft before impact.

"According to preliminary data, after the aircraft commander reported an emergency situation [aboard the plane] the flight commander ordered the crew to leave the aircraft on parachutes," the ministry said.

"Pilots aboard another plane flying in that area reported seeing open parachutes of the Tu-95 crew," the statement continued.

The ministry said in the statement the crash had probably been caused by a malfunction, although other causes were not ruled out.

The Tupolev Tu-95 (NATO reporting name Bear) is a four-engine turboprop-powered strategic bomber and missile platform in service with the Russian Air Force since 1957.

The Russian Air Force has a string of six mishaps involving its warplanes since June.