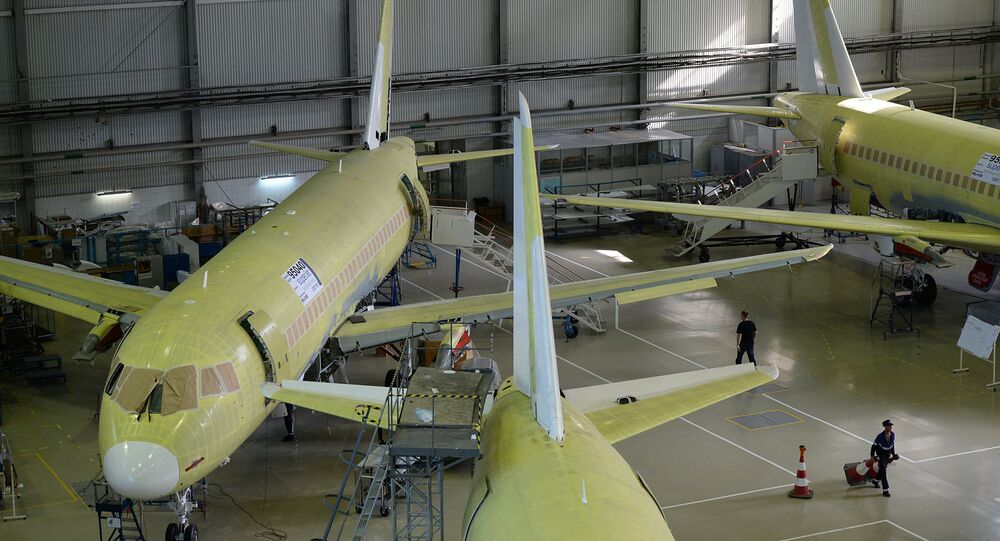 Paying a visit to the Voronezh Aircraft Production Association in southwestern Russia, Rogozin lamented that at the moment, about 80 percent of Russian carriers' long-haul passenger aircraft fleet is made up of foreign-made planes. However, the minister added that he was confident that Russian manufacturers had bounced back after a painful period of decline following the collapse of the Soviet Union, noting that they are now ready to offer new, competitive designs.

"Voronezh. At the plant with @Rogozin." – Duma MP Alexei Zhuravlev

"I am absolutely convinced that the streak of misfortune [which led to foreign aircraft producers coming to control 80 percent of the domestic market] has passed…Right now, the situation is being corrected," the deputy PM, whose portfolio includes defense and the space industry, noted.

Rogozin stated that Russian aircraft manufacturers are now on the brink of possessing a fleet of competitive passenger aircraft designs, from Irkut MC-21, set to go online in 2017, to a modernized Il-114, and the Sukhoi Superjet 100, already capturing market share both at home and abroad.

Pointing out that some planes, including the prospective MC-21 and the existing Sukhoi Superjet, have a high percentage of foreign components, Rogozin tasked producers to look for ways to substitute foreign components with their Russian analogues.

"We will hold a meeting, during which we will decide on how to progressively introduce import substitution of foreign engines, switching to our own avionics," Rogozin noted. "We must move from 80 percent foreign components to 80 percent Russian components. This is the task for existing aircraft. As for new aircraft, [we must work to] exclude from the very beginning the use of foreign parts when there is a possibility to use what we already produce ourselves," the official added.

As an example, Rogozin stated that while the American-made interiors planned for the MC-21 are lovely, the Russian-made ones are no worse.

"If we want to make good aircraft, they must be able to outcompete their Western counterparts in every department," Rogozin concluded.