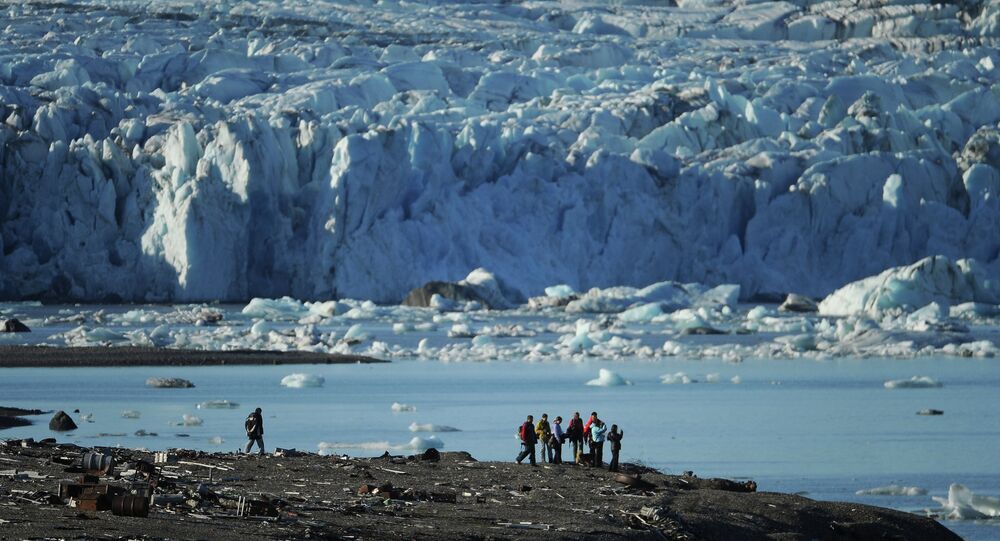 Russian troop grouping on Novaya Zemlya Island will be doubled by 2020, according to the statement of source.

MOSCOW (Sputnik) – Russia will double its military might on its Novaya Zemlya archipelago in the Arctic by 2020, a source in the Russian military told RIA Novosti on Thursday.

"Today, an increase in Arctic groupings of troops and equipment is underway in Russia’s Central Range [on Novaya Zemlya] and according to our plans, troop groupings will be doubled by 2020," the source said.

© Sputnik / Ramil Sitdikov
Russia Seeks to Protect its Arctic Culture Heritage Sites
The Arctic is considered to be a major source of hydrocarbons, minerals, fresh water and fish. The region's resources are a matter of interest for countries bordering the area, including Russia, the United States, Canada, Norway, and Denmark.

In 2013, Moscow announced a strategy to increase its presence in the Arctic and to boost the region's development by 2020. Since then, Russia has been particularly active in exploring opportunities in the region.

In December 2014, Russian President Vladimir Putin signed a revised military doctrine for the country, under which it is planned to build a unified network of military facilities in Russia's Arctic territories to host troops, warships and aircraft, as part of an effort to strengthen border defense in the region.

Why is the Arctic Important for Russia?