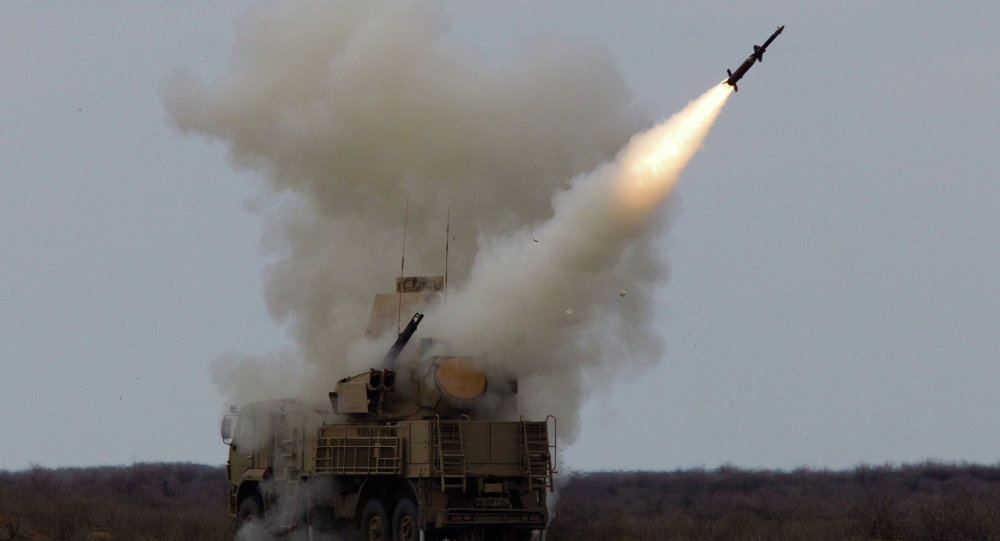 Russian air defense forces were pitted against each other in a contest which involved the new and internationally popular Pantsir-S1 system.

Russian air defense forces conducted air defense drills using the Pantsir-S1 air defense system in the Republic of Buryatia, as part of the professional competition "Keys to the Sky — 2015."

The Pantsir-S1 air defense system has been shipped to eight countries, including most recently Iraq, which made several large purchases from Russia to assist in its fight against ISIL. According to Russian Deputy Prime Minister Dmitry Rogozin, international orders for the export version of the system have been booked up to 2019.

The exercises took place in the form of a competition, which pitted crews from different military districts and forces against each other in their ability to shoot down the opposing force's fighters and close air attack aircraft.

"During the competition, crews conducted simulated launches against an opposing force's planes, whose role was taken on by crews of Su-30SM fighter jets and Su-25 attack aircraft of the Eastern Military District. They also conducted live missile launches against targets which imitated the flight and characteristics of modern and prospective means of aerial attack of an opposing force," the Ministry of Defense said.