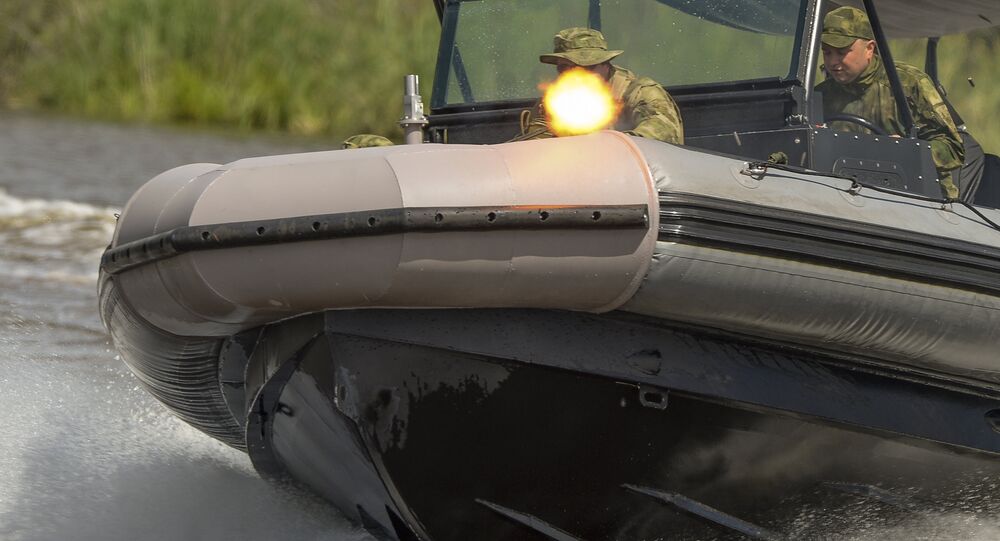 Russia’s renowned producer of the legendry AK-47 assault rifle, Kalashnikov Group, is now sizing up larger markets and is set to showcase its newly developed unmanned aerial vehicles (UAV) and army assault boats at the International Maritime Defense Show, which has just kicked off in St. Petersburg.

Russia’s Kalashnikov Group is set to unveil its naval battle group of UAV-equipped multifunctional assault boats, according to the press service of the group. The boats will be showcased at the VII International Maritime Defense Show, which has just kicked off in St. Petersburg and will last until July 5.

“Kalashnikov Group will unveil a naval battle group of multifunctional assault boats equipped with modern weaponry systems and recently-developed UAVs, which are adapted to launch from the boat's deck,” read the press service's statement.

The naval battle group of multifunctional assault boats includes the BK-16 (a landing boat), the BK-10 (which can be used for close-to-shore maneuvers, personnel transportation, assault landings, medical evacuation, and counter piracy and anti-terrorism operations) and a new assault support boat, the BK-9, which has no analogues in Russia and is equipped with armor plates to increase the defense of the landing team.

“Each of Kalashnikov’s boats can be re-equipped for specific demands and battle missions. Each of them can deploy reconnaissance UAVs and modern weaponry systems, including a combat remotely-controlled module. The weaponry systems are interchangeable and can be mounted with specific-purpose units,” the group’s CEO Aleksey Krivoruchko said in the statement.

He specified that the BK-16 boat may be equipped either with four 7.62 mm caliber guns with combat modules, with two 12.7 mm guns, or with a 40 mm grenade launcher. Each boat may also accommodate counter-sabotage mines and "Kornet” guided missile systems.

The Group will also showcase the ZALA 421-16ЕМ, a small, portable and reliable surveillance vehicle designed for front-line reconnaissance, land-based and oversea surveillance.

The Kalashnikov Group was created in 2013 from the merger of two Soviet-era plants, and became Russia’s largest producer of rifles and other weaponry.