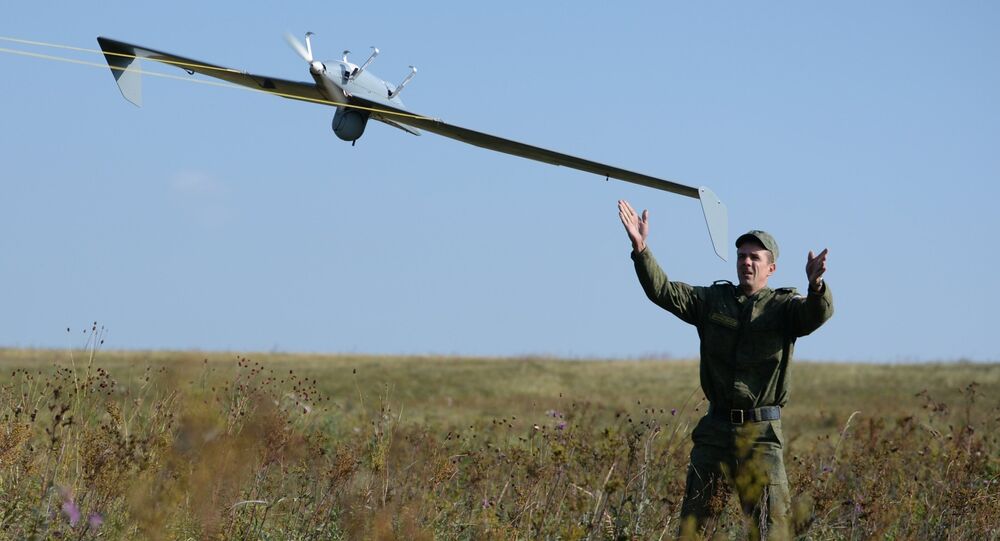 According to Eastern Military District spokesman, district will receive the latest unmanned aerial vehicles designed for electronic warfare by the end of this year.

"New specially equipped Leer-3 unmanned aerial vehicles will be received by electronic warfare troops until the end of 2015," Gordeev said.

Russia launched a major rearmament program in 2008. The state armaments program intends to modernize up to 70 percent of military hardware. Total program costs are estimated to reach about $379 billion. Some $5.8 billion is reserved for drone development and acquisition.

Leer-3 is a drone equipped for electronic warfare. Developed by the JSC Concern Radio-Electronic Technologies (KRET) in 2014, the aircraft is designed to locate electromagnetic emission sources and suppress wireless communications, including cellphones, within a 3.7-mile radius.

Russia to Receive Hundreds of New Drones Over Next Decade