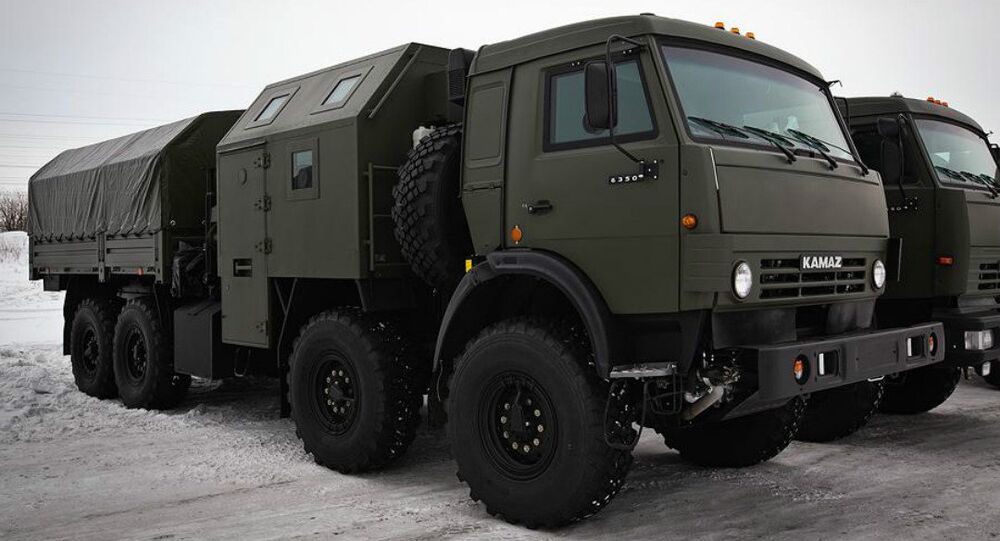 The International Military-Technical Forum ARMY-2015, which has recently wrapped up in the Moscow Region, continues to surprise armament aficionados as many of the weapons on offer have been revealed to the general public: one such piece of military equipment which was unveiled at its showground is Russia’s new multipurpose mine-laying vehicle.

The vehicle is designed to remotely scatter anti-personnel, anti-paratrooper and anti-tank clustered mines over terrain.

Named the UMZ-K, it differs from its predecessor, the UMZ layer, first of all in its wheeled chassis. Unlike the UMZ, which is mounted atop a ZIL-131B cargo truck chassis, the new system is based on that of a KamAZ-63501.

The KamAZ-63501 heavy utility truck is a member of the Mustang family and one of the largest trucks in the KamAZ range. It is entirely conventional in design, a renewed version of the previous 8x8 heavy utility truck with an increased payload capacity of 15,000 kg.

The platform of the truck sits six multiple payload rotary launchers with fixed elevation mechanisms. In battle order the launchers are set upwards. The tilt angle is 50 degrees, while its horizontal coverage is 90 degrees.

The basic mine load is 180 clusters with antipersonnel (PFM, POM), anti-paratrooper (PDM) or antitank mines (PTM).

The minefields it creates are 15 meters deep and 240 meters wide. Its mine-laying speed is up to 40 km per hour.

The machine has already been nicknamed the “Hell Machine” by the media.