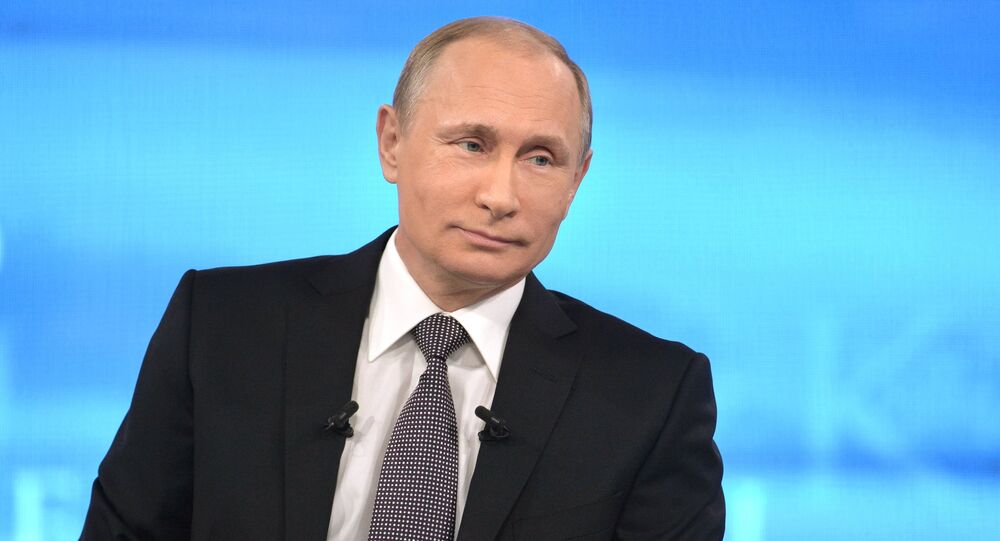 Whether some media commentators like it or not, President Vladimir Putin's approval rating appears to have reached an all-time high, with a June poll conducted by independent sociological research firm Levada Center finding that some 89 percent of Russia's residents approve of the president's performance.

© Flickr / Fotorus
Every Sixth Russian Thinks US Poses a Threat – Poll
The poll, part of a series of indicators measuring satisfaction with various levels of state power, found that 89 percent of respondents generally approve of "the work of Vladimir Putin as the president of Russia," with 10 percent generally disapproving, and 1 percent unable to answer. June's rating is a percentage point higher than the previous high, reached last October, when the president's approval rating jumped to 88 percent.

The Russian president's approval rating jumped from the low- to mid-60s in 2013 to the 80s beginning in March 2014 over his handling of the crisis in Ukraine and the subsequent crisis in relations with Europe and the United States. Russians had previously gathered around their leader in September 2008, at the onset of the world financial crisis, at which time Putin was serving as prime minister, and similarly in 2000, when Putin took up the presidency from the ailing Boris Yeltsin, whose approval ratings had hovered between 5 to 10 percent throughout the late 1990s.

© Sputnik / Sergey Guneev
Myth Busters: No, Russians Don't Want to Be Americans in Furry Hats
Putin's approval rating remains 25 to 35 percentage points above those of other Russian government officials and organs, with 66 percent of those polled approving the work of Prime Minister Dmitri Medvedev, 62 percent that of the Russian government, 54 percent that of the Russian Duma, and 64 percent the activities of the country's governors.

Polling was conducted between June 19-22, 2015, with 1,600 people 18 years or older from across 46 Russian regions taking part in the poll; Levada estimates a margin of error of no more than 3.4 percent.