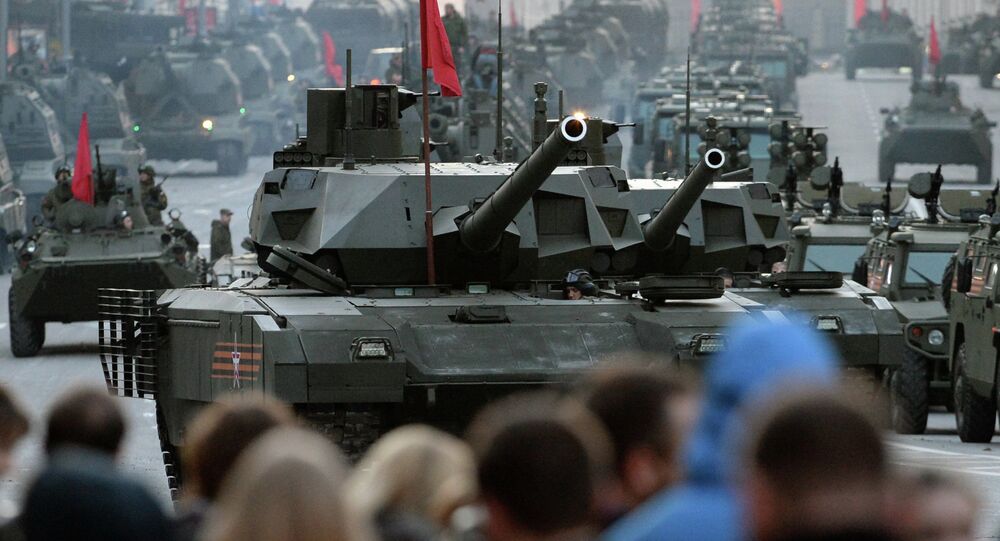 When directors of the famous Terminator movie franchise came up with their models of autonomous killer robots, they couldn’t imagine that Russian military engineers might develop their own version of a military robot – the autonomous T-14 Armata tank.

Russian military engineers are working to make the T-14 Armata tank, revealed to the world during the Moscow's Victory Parade on May 9, a fully autonomous armored vehicle, Polish daily newspaper Rzeczpospolita reported.

Western military experts are worried that the new Russian tank, considered as the deadliest tank in the world, will soon fight on the battlefield autonomously with its crew operating the tank from a distance similar to a video game, the newspaper said.

Although the idea seems to come straight from modern video games, it isn't a figment of imagination, but the work of Russian engineers developing the autonomous version of the Armata tank under the direction of Andrei Terlikov, Rzeczpospolita reported.

"On-board computer system controls most technical functions [of the tank] that allows the crew to focus on key tasks," Ilya Demchenko, a deputy chief designer of the tank, told AFP. "For the crew, it will be like a video game, they'd only have to make final decisions."

The new Armata tank will be a combat vehicle that is expected to form the backbone of Russian military for years to come. The tank has impressive specs and state of the art weaponry, including an active defense system that protects the armored vehicle from all sides. When the system detects an enemy missile shot at the tank, it automatically fires rounds to destroy or knock the missile off its path.