EU Should Be Applauding Russia for Helping Greece – Putin

A deal to jointly build an extension of the Turkish Stream gas pipeline across Greece will help Athens to settle its multibillion euro debt to international creditors, President Vladimir Putin said at the St. Petersburg International Economic Forum.

“If the EU wants Greece to pay its debt then it should be interested in the Greek economy growing,” Putin said. “The EU should be applauding us. What’s bad about creating new jobs in Greece?” he added, commenting on Russia’s preliminary gas deal with Greece. 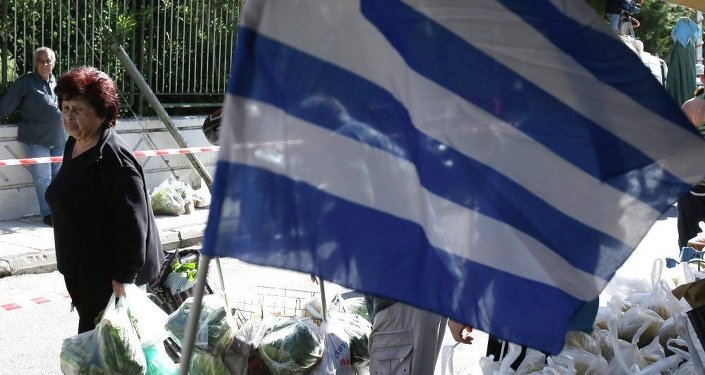 The two countries’ energy ministers then signed a memorandum to set up a joint company for the construction of the Turkish Stream pipeline across Greek territory that will supply 47 billion cubic meters of gas a year.

The construction of the first, underwater, leg of the Turkish Stream pipe is scheduled to start later this month or early next. According to Gazprom estimates, the initial stretch will cost $3.3 billion to build.

© AP Photo / Marko Drobnjakovic
Turkish Stream to Employ Dozens of Greek Companies – Energy Minister
In December 2014, Russia scrapped its South Stream pipeline project which would have supplied gas to southern Europe without crossing Ukraine because of objections from the European Union on competition grounds.

During President Putin’s visit to Ankara, Russia and Turkey agreed to build an alternative pipeline under the Black Sea. In April the foreign ministers of Greece, Serbia, Macedonia, Hungary and Turkey confirmed their countries’ decision to join in the construction.

The 1,100 km, pipeline will consist of four lines, which each have an annual capacity of 15.75 bcm, with the first line reaching Turkey.

The Turkish Stream pipeline will bring Russian natural gas to Southeast Europe. Gazprom will then create a gas hub at the Turkish-Greek border for transit to Europe while the EU countries build their own distribution infrastructure.