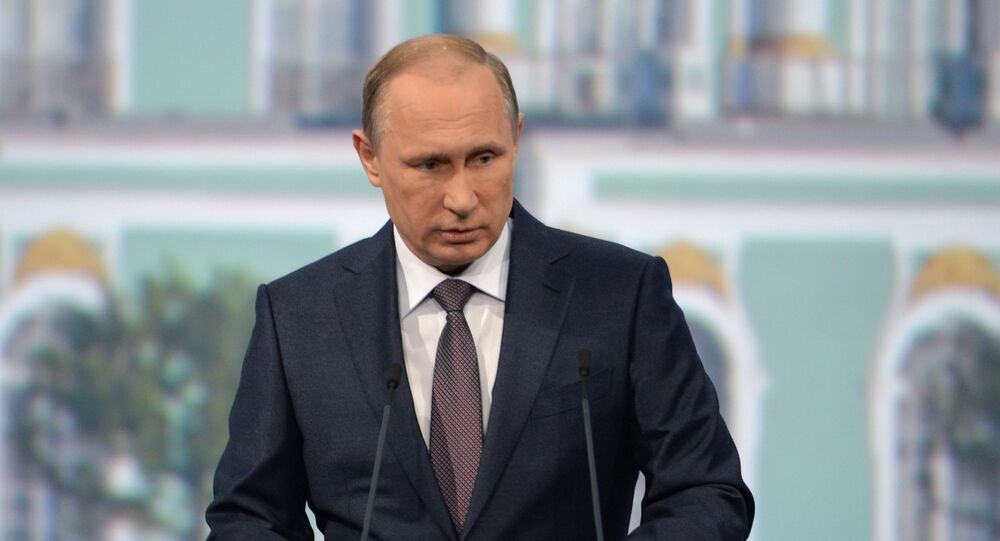 The increase in belligerent rhetoric between Russia and the US does not mean the world is at greater risk of nuclear confrontation, Spanish media quoted President Vladimir Putin as saying on Friday.

Russia is not an aggressor and does not favor increasing the level of tension, Putin stressed, but is obliged to respond to Western actions targeting Moscow.

The New York Times earlier said the Pentagon was mulling the placement of tanks, armored vehicles and other heavy weapons in Eastern Europe to ward off imaginary Russian aggression in the region.

Over forty intercontinental ballistic missiles will be delivered to Russia’s strategic forces in 2015, President Vladimir Putin announced at the opening ceremony of the Army-2015 Expo on Tuesday.

He also said that tests of a new radar station capable of beyond-the-horizon aerial target detection will start soon in Russia.

Washington’s response did not take long coming with Assistant Secretary of State Victoria Nuland saying that the United States would keep a close eye on the deployment of the new Russian ICBMs and expected Moscow to stick to the terms of existing arms control treaties.