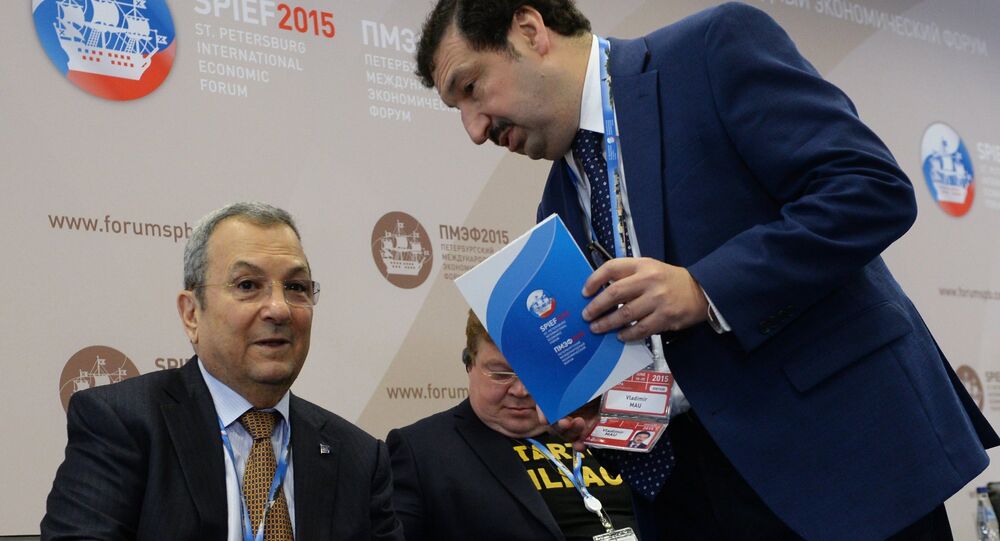 ST. PETERSBURG (Sputnik), Alexander Mosesov – Barak made the comments to Sputnik after a panel session at SPIEF dedicated to the potential growth of the knowledge economy.

"My guess is that there is a huge potential [for knowledge economy development in Russia], I draw this conclusion from looking at what young Russian entrepreneurs are doing in Israel in the last 20 years."

© Sputnik / Alexei Druzhinin
IT, Migration to Be in the Spotlight on Last Day of St.Petersburg Forum
According to the former official, there are some one million young professionals from Russia giving contribution to Israel.

"We see them everywhere, in the universities, in science, in startups. And they are extremely, extremely successful," the former Israeli prime minister said.

The St. Petersburg International Economic Forum has been held annually since 1997 to gather high-ranking politicians and business representatives.