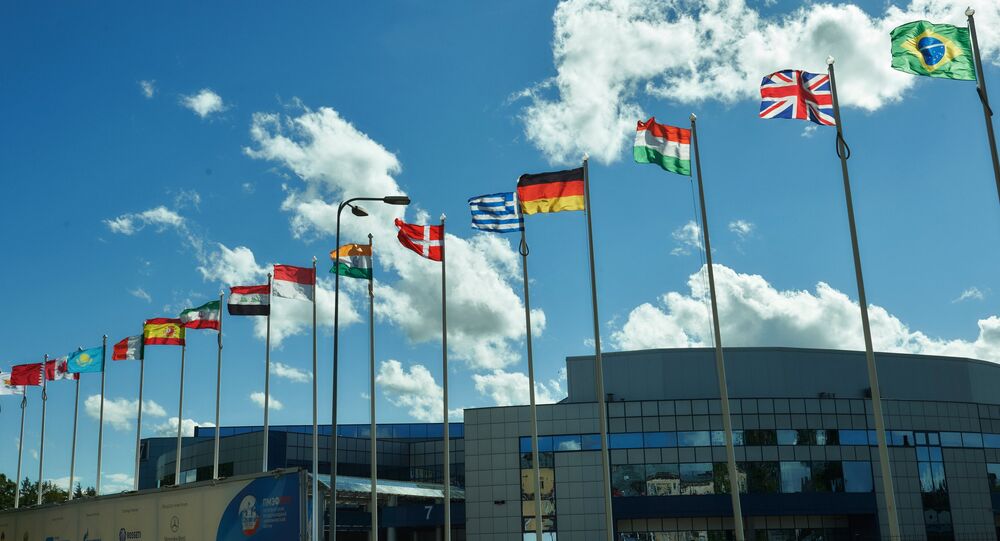 On the last day of the St.Petersburg International Economic forum, the participants will discuss the situation on global labor markets and ways to attract skilled migration, long-term strategies for developing the film industry and the export possibilities for Russian IT products.

ST.PETERSBURG (Sputnik) — The St.Petersburg International Economic Forum (SPIEF) has been held annually since 1997 to gather high-ranking politicians, businessman and experts from around the world. This year, the forum runs on June 18-20.

St. Petersburg Forum: Message From the Russian Davos
The roundtable Immigration Policy: Avoiding a Skills Misfit Trap to be attended by head of Association of Chinese Entrepreneurs in Russia Guiru Cai, former Prime Minister of Japan Yukio Hatoyama and head of Russia’s Federal Migration Service Konstantin Romodanovsky will be focused on the discussion of approaches to attract skilled workers to an economy.

At the roundtable Hyper-Speed Change in the Film Industry – Does Anyone Have a Strategy? the panelists will try to forecast the future of industry in the next ten years.