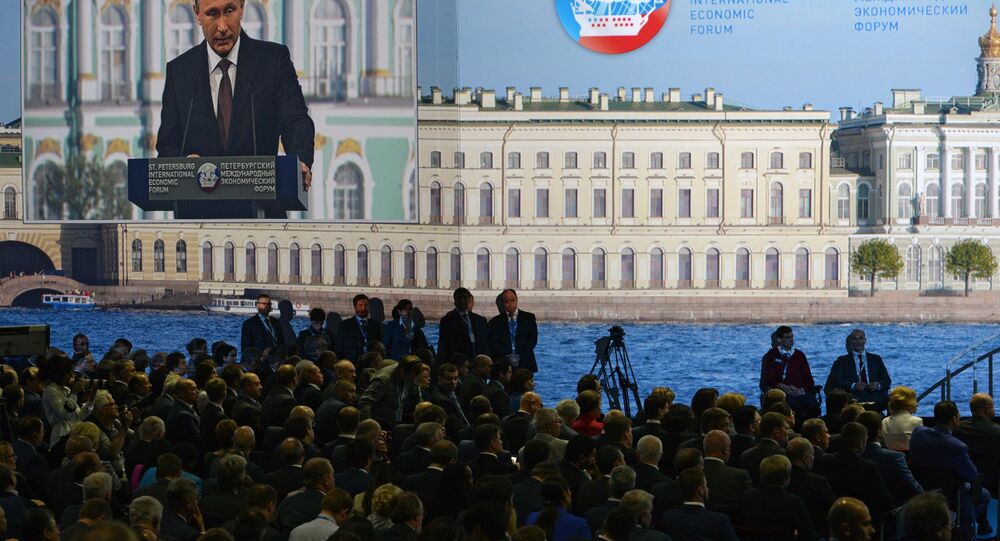 Putin: Russia Ready to Cooperate With West Despite Work With BRICS

ST PETERSBURG (Sputnik) — Russia is ready to continue cooperation with the West, despite the active work with the BRICS and Latin American countries, Russian President Vladimir Putin said Friday.

"I'm sure that the trade and economic partnerships with the Latin American countries, the BRICS states have a large potential… I want to stress that active work with the new centers of global growth does not mean that we are intending to treat our dialogue with the Western partners less attentively. I am confident that this cooperation will be sure to continue."

Russia's relations with the West deteriorated in 2014 over the Ukrainian crisis. The United States, the European Union and their allies accused Moscow of meddling in Ukraine’s internal affairs and imposed a series of sanctions against Russia. Moscow has repeatedly denied the accusations, stressing that the current anti-Russia sanctions regime is counterproductive and potentially more damaging to European economies than it is to Russia.

© Sputnik
Russia Drives Away From Europe in Favor of BRICS - German Politician
After the introduction of the restrictive measures by the West, Russia intensified its economic cooperation with the BRICS members, as well as with Latin American and Asian countries.

The St. Petersburg forum, running on June 18-20, is held under the auspices of Russian President Vladimir Putin. The event gathers heads of states and governments, as well as heads of largest businesses from around the globe.