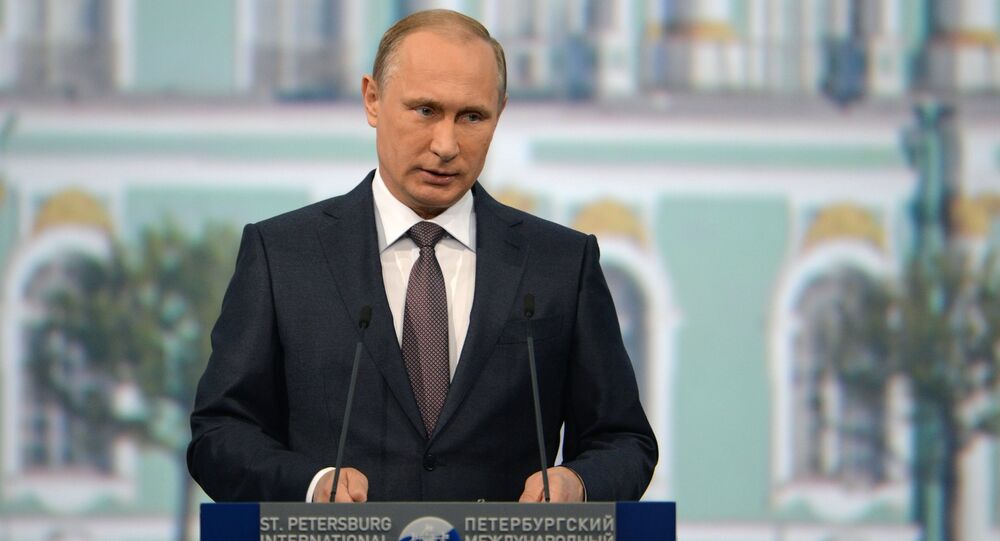 MOSCOW (Sputnik) — According to the president, Moscow managed to stabilize the exchange rate without restricting the capital flows, as well as to control inflation, which is currently lowering.

"Last year we were predicted a deep economic crisis, as you know. This did not happen. We have stabilized the situation, halted the negative volatility, and we are confidently going through a period of difficulties."

© Sputnik / Alexei Danichev
Vladimir Putin Participates in Plenary Session at St. Petersburg Economic Forum 2015
The St. Petersburg forum, running on June 18-20, is held under the auspices of Russian President Vladimir Putin. The event gathers heads of states and governments, as well as heads of largest businesses from around the globe. The theme of the SPIEF-2015 is Time to Act: Shared Paths to Stability and Growth.