Russia's Foreign Ministry summoned the Belgian ambassador on Thursday, informing him that Russia may adopt reciprocal measures if asset seizures are not reversed.

Russia may be forced to consider retaliatory measures if Belgium continues persists with the seizure of assets belonging to Russian organizations in the country, Russia's Foreign Ministry said on Thursday.

A Belgian court instructed on Wednesday that 47 Belgian and Russian companies be stripped of assets to the tune of 1.65 billion euros ($1.87 billion) in connection to a settlement awarded to former Yukos shareholders by a Dutch arbitration court. Russia's Justice Ministry Alexander Konovalov said that Belgium's legal arguments for seizing Russian property are unclear and that it has requested information regarding through diplomatic channels.

"The Belgian ambassador was informed that the Russian side considers such acts by competent authorities of the Kingdom of Belgium as openly unfriendly acts and flagrant violations of universally recognized norms of international law," the ministry said in a statement.

The ministry called on Belgium to take immediate action to restore the property of Russian organizations. The seizures appear to be made under the auspices of the European Energy Charter Treaty, which Russia signed but did not ratify.

"Otherwise, the Russian side will be forced to consider adopting appropriate response measures regarding the assets of the Kingdom of Belgium," the statement added. 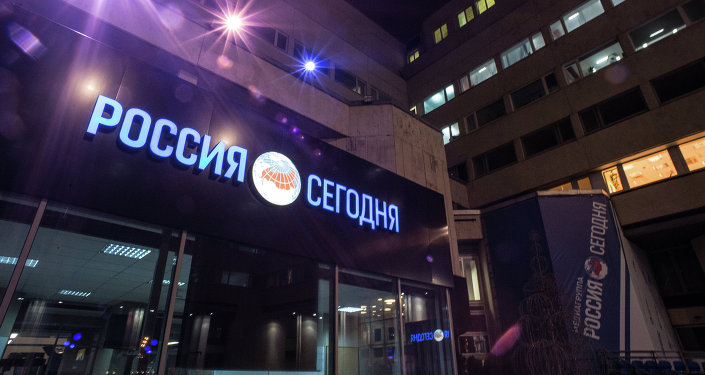 © Sputnik / Ramil Sitdikov
Rossiya Segodnya Confirms No Agency Property Seized in France
French authorities also began seizing Russian state-owned property in the country earlier on Thursday. France seized bank accounts of Rossiya Segodnya international news agency, which Sputnik is a part of. The organization's real estate was not seized, as the organization does not own any real estate in France, and employees continue to access rented buildings without hindrance.

French economist and professor at the Moscow School of Economics Jacques Sapir told Sputnik that the decision has a political dimension tied to both the Saint Petersburg International Economic Forum and the success of Russian media abroad.

"The fact that this decision was applied today, when the Economic Forum in Saint Petersburg opened, and even impacted a media organization, obviously has a considerable political dimension," Sapir told Sputnik.

Sapir added that the French government's decision threatens to create a "cold war" climate between the two countries.

Yukos was declared bankrupt in 2006 by Moscow's Court of Arbitration. State-run Rosneft subsequently purchased around 80 percent of the company's assets. The company's shareholders claimed that Russian authorities had illegally forced the company out of business in order to enable Rosneft to obtain its assets at knockdown prices and become the country’s largest oil producer.