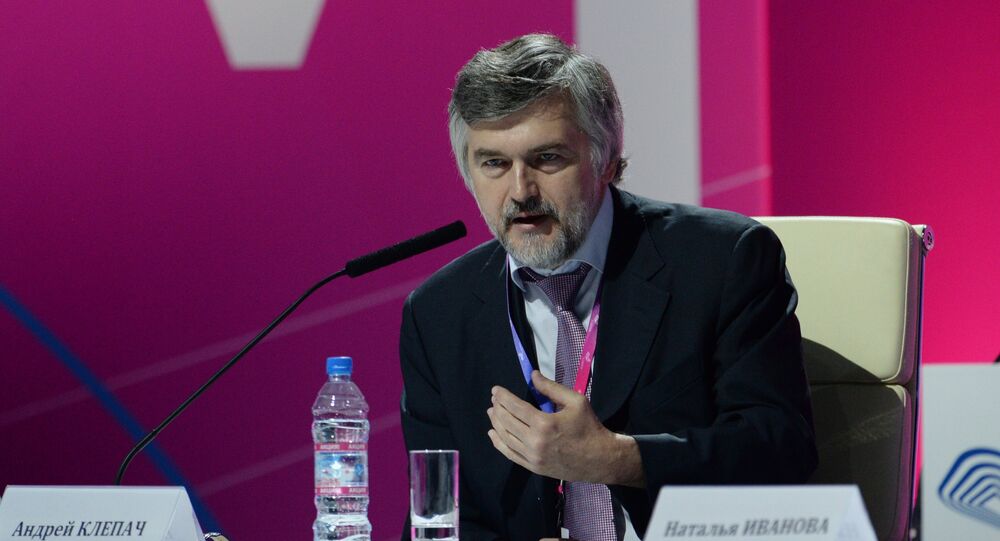 According to VEB Bank Deputy Chairman, Western economic sanctions against Russia may be extended far longer than the expected six months.

“I think that the sanctions won’t be extended for a half year, but far longer,” Klepach said on the sidelines of the St. Petersburg International Economic Forum.

He said there are various assessments in losses due to the current sanctions but added that there are ways of getting out of the economic slump.

“We have ways to get out of the slump that is currently seen and considerably increase growth rate for 2016. This will entail getting over the investment crisis,” Klepach said.

The European Union will decide on whether to extend economic sanctions against Russia on June 21 during a council meeting of foreign ministers, Austrian Ambassador to Russia Emil Brix said Thursday.

"Yes, this is obvious that it will happen during the council of foreign ministers next week [June 21]," Brix told RIA Novosti, adding that it would be "an extension of the current sanctions and not their expansion."

The European Union and its allies introduced several rounds of sanctions against Russia since 2014, accusing it of involvement in the armed conflict in Ukraine.

Moscow has repeatedly denied the allegations, and introduced countermeasures last August, banning certain food product imports for a year from the countries that imposed restrictions against Russia.

On Wednesday, a source close to the EU leadership told RIA Novosti, that a formal decision on extending European Union sanctions against Russia until the end of next January will be made next Monday at a meeting of the Foreign Affairs Council.

Earlier this month, Kremlin spokesman Dmitry Peskov vowed that Russia will not leave any sanctions without a response.