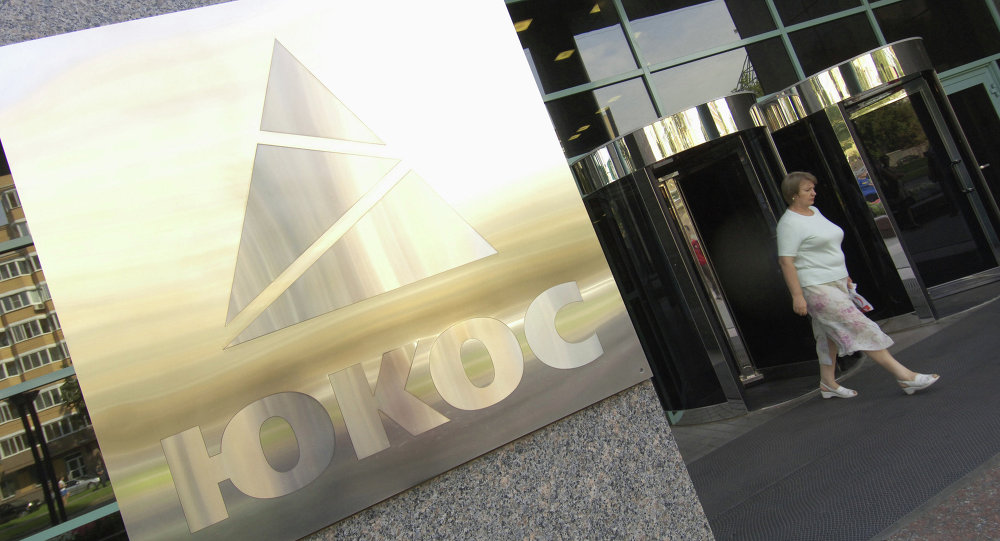 Russian presidential aide Andrei Belousov said that Moscow will challenge the arrest of its property abroad in court.

© Sputnik / Vladimir Vyatkin
Russia Readies to Prevent Arrests of State Property Amid Yukos Case
ST PETERSBURG (Sputnik) – Russia will challenge the arrest of its property abroad in court, as the Permanent Court of Arbitration in The Hague decided to award former Yukos shareholders with millions of dollars in compensation from Russia, Russian presidential aide Andrei Belousov said Thursday.

"We shall challenge these decisions regarding both France and Belgium, and all the other countries. We consider that in everything related to The Hague court's decision there was a whole number of legal uncertainties," Belousov told journalists.

According to Belousov, international lawyers are currently working on the case to protect Russia's interests.

Yukos's stakeholders claimed the Russian government had illegally forced the energy company out of business, allowing Rosneft to snap up its assets and become the country’s largest oil producer.

The court in The Hague has awarded three companies representing former Yukos co-owners $50 billion in compensation from the Russian government.

On June 17, officials notified 47 Belgian and Russian enterprises registered in the region of Brussels on the requirement to submit a list of Russian assets in their possession within 15 days.

"This was not unexpected for us. We believe that the decisions that were made, were made erroneously… We forecast a number of countries that will introduce analogous measures. I don't want to name them now," Belousov told journalists.